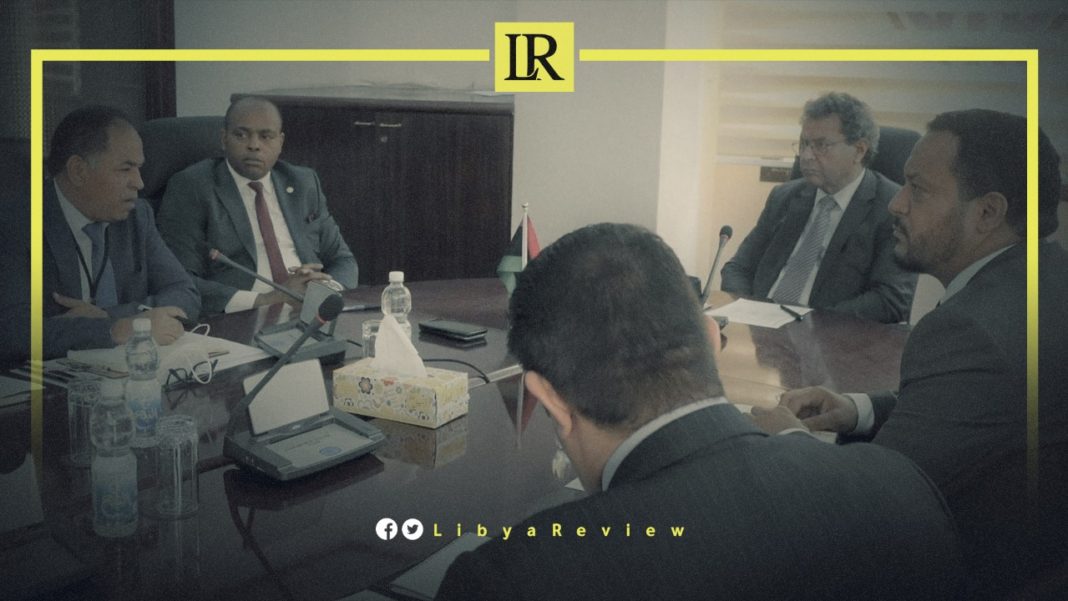 The first meeting of the Libyan-Russian joint committee was headed by the Minister of Oil and Gas, Mohamed Aoun.

Aoun welcomed the attendees and urged them to complete their work in a timely manner to serve the interests of the Libyan state. He stressed the importance of joint cooperation with the Russian state.

According to a statement issued by the ministry, the meeting discussed a number of issues related to joint cooperation in the fields of railways, electricity, oil and gas, mills and fodder, higher education, health, and other aspects of joint cooperation.

The statement added that the attendees agreed on the importance of activating the agreements concluded between the two sides in a manner that serves the public interest. As well as benefitting from the experience of Russian companies investing in vital projects for Libya. They stressed the importance of following up on the suggestions and recommendations reached by the committee.

The meeting was attended by Omar Keti, the Undersecretary of the Ministry of Foreign Affairs for International Cooperation. It was also attended by a number of Directors and advisors from state sectors that have economic, technical, and technical cooperation agreements and programs with the Russian side. This is in addition to a number of Directors of departments at the Ministry of Oil and Gas.

Earlier this month, Aoun invited his regional counterparts from Europe, North Africa, the Sahel, and the Middle East to attend the Libya Energy and Economy Summit in Tripoli on 22-23 November.

The announcement came during his participation in the African Energy Week in Cape Town, South Africa. Notably, Energy Capital & Power (ECP), the organiser of the summit met with Aoun and his team in Cape Town.

Following the African Energy Week and the COP26 Summit, the Libyan Energy & Economic Summit will map the future of Libya’s energy industry. The summit’s main themes will be inclusivity, energy transformation, and strategic energy and power alliances.

The event will be the first international energy event in Tripoli in nearly a decade. It is set to attract foreign investment to the country’s energy industry, which will be used as a catalyst for broader economic growth.