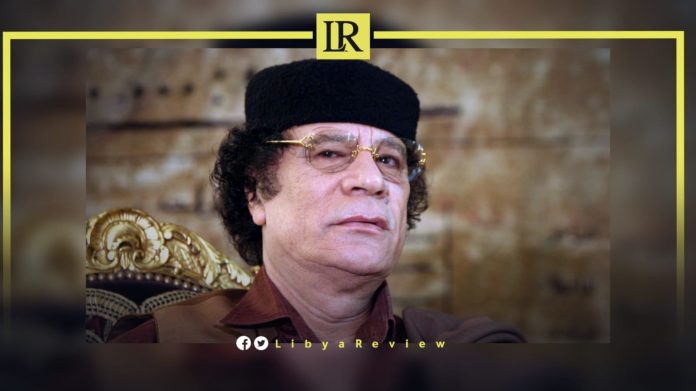 On Thursday, Bloomberg reported that the Libya government requested to recall NJP Morgan Chase & Co. and six other large banks which may have information about billions of dollars secretly kept abroad.

According to Bloomberg, the Libyan Asset and Funds Recovery Management Office (LARMO) said that it believed that funds that Gaddafi and members of his government had kept abroad were been transferred to several banks. The most important of which are Bank of America, UBS Group, HSBC Holdings PLC, Deutsche Bank AG, in addition to Citi, and JPMorgan.

LARMO added that at least tens of billions of dollars of assets owned by the Libyan people are still missing.

LARMO was set up in 2017, with the support of the United Nations and European Union, to recover assets stolen from the Libyan state during Gaddafi’s four decades in power. It continues to track down money looted through corrupt business deals, and embezzlement of government funds.

Libya’s representative at the UN’s Economic and Financial Committee meeting (Second Committee), Ahmed Motamad called for international cooperation in locating the smuggled funds and assisting in their recovery.

He confirmed that recovering these assets will help Libya finance its reconstruction projects, and achieve sustainable development.

Motamad explained that despite the difficulties the country is going through, it is committed to achieving the sustainable development goals adopted by the United Nations as part of its 2030 strategy.

He added that the sustainable development and stability support program will only be established by achieving justice, and conducting national reconciliation. He pointed out that this matter will only be achieved by ending foreign interference in the internal affairs of the country.