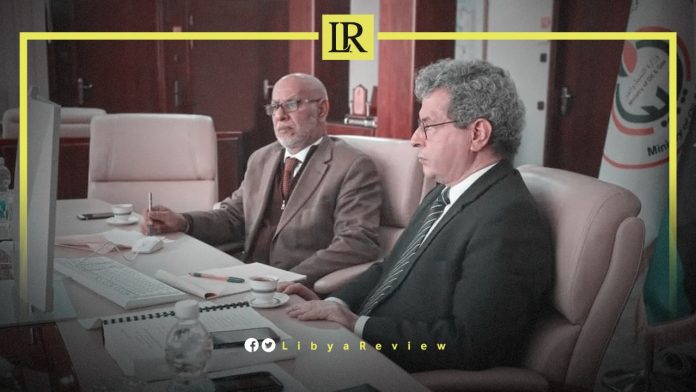 The Libyan Minister of Oil and Gas, Mohamed Aoun accompanied by the representative of Libya in the Executive Office of the Organization of Arab Petroleum Exporting Countries (OAPEC), Adel Jibril participated in the 107th meeting of the Council of Ministers of OAPEC.

The ministers discussed the organization’s activity and the progress of its work. As well as reviewing the most important studies carried out by the organization during 2021, and the events it organized and participated in.

“The net oil sales revenues for October, amounted to $1,907,660,046.91, distributed over sales of crude oil, gas, oil condensates, and petrochemicals,” the NOC noted.

Notably, Libyan Deputy Oil Minister, Refaat Al-Abbar said that Libya plans to produce more than 2 million barrels per day in 2022, and 4 million in 2025.

During an interview with Al-Sharq Al-Awsat newspaper, Al-Abbar said Libya is seeking to restore its shares in the global oil and gas market. The oil-rich country produces about 1.215 million barrels per day now.

He added that, “the Oil Ministry is working with the NOC to develop the productivity of its fields, and periodically develop plans to return the damaged fields to work and maintain the stability of exports.”

He noted that political disputes and the delay in approving the budget for the oil sector caused billions of dinars in losses. He considered the funding problem as “the biggest challenge facing the Libyan oil sector,” saying “these targets need spending about $12 billion in development, maintenance and rehabilitation operations.”