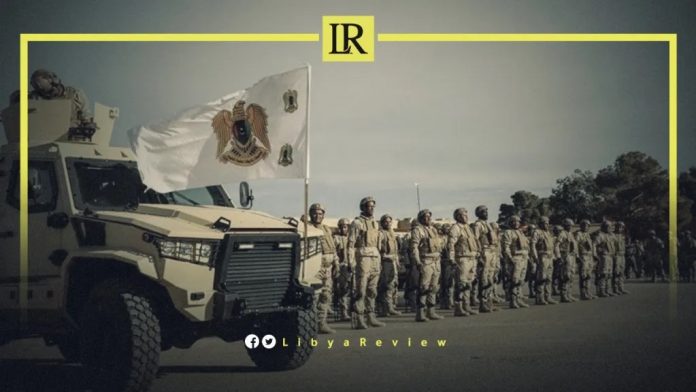 On Wednesday, violent armed clashes erupted at dawn between the Libyan National Army (LNA) and armed factions in the southwestern city of Sebha.

Medium and heavy weapons were used, causing an exodus from the nearby “Al-Qarda” area, while artillery shells continued to be fired between the two parties randomly. It is not yet clear the extent of the losses caused by the fighting.

In late November, the United Nations Support Mission in Libya (UNSMIL) said that it was following the continued closure of Sebha’s Court of Appeal, “with great concern.”

In a statement, UNSMIL said that an armed group has reportedly violently obstructed the work of the judiciary in the city. It claimed that judges were physically prevented from entering the building, directly impeding the electoral process.

The mission added that it was alarmed by the increasing reports of intimidation and threats against judges and judicial employees, particularly those dealing with electoral-related complaints, across Libya.

It strongly condemned all acts aimed at jeopardizing the integrity of the electoral process, and preventing Libyans from exercising their democratic rights safely.

In its statement, UNSMIL reminded all parties involved that they are liable to be criminally charged under Libyan law (criminal procedure code and Law. No.1 of 2021 on Presidential Elections) and may be subject to sanctions, as per the relevant UN Security Council resolutions.

It reiterated its calls for the relevant authorities to take all feasible measures to facilitate the work of the judicial system, with full respect for its independence. UNSMIL urged all security authorities to ensure equal access to due process for the electoral candidates, and guarantee the safety and security of judges and judicial employees.

The statement reiterated the mission’s commitment to holding the Parliamentary and Presidential elections, as per the Libyan Political Dialogue Forum (LPDF) roadmap, and as set out in UN Security Council resolution 2570 (2021).

It requested the authorities and state institutions to take all the necessary steps to ensure holding both elections as part of a free, fair inclusive, and credible process without intimidation or obstructions.

The mission’s statement warned against any action that could serve to deprive Libyans of their right to democratically elect their representatives.