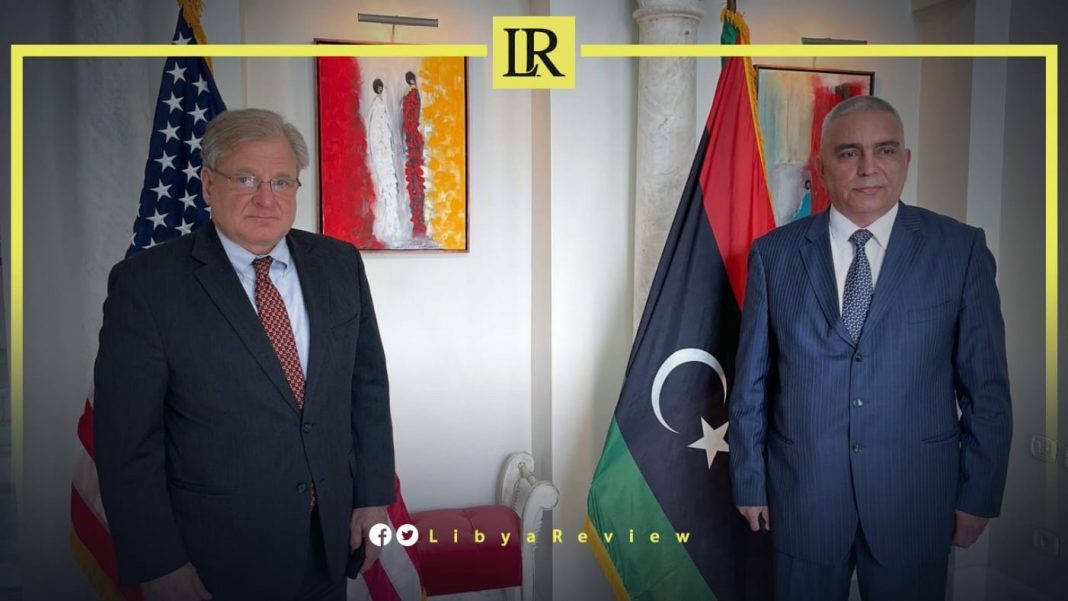 On Thursday, the US Ambassador to Libya, Richard Norland met with the Russian Chargé d’Affaires, Jamshed Boltaev in Tunis.

The two diplomats discussed “all possible ways aim to restore momentum to the Libyan-led and UN-facilitated Presidential and Parliamentary elections in Libya.”

During the talks, Norland stressed the importance of fulfilling the demands of millions of Libyans who are ready to exercise their right to vote. He also voiced his support for Libya’s efforts to reach a political resolution to the conflict, after the 24 December Presidential elections were postponed.

“My country supports a process that will give Libyans the strong, united, sovereign, and elected government they deserve,” he said.

Speaking to Asharq Al-Awsat, the US Ambassador stated has that there is an opportunity to build on the previous ceasefire and the broad political dialogue conducted over the past year. As well as to return the elections to the right track in a reasonable time.

“Free, fair, and inclusive elections can lead to a democratic government that best serves the interests of the Libyan people,” asserted Norland. He also added that the country is now going through a period in which the “goodwill” of its leaders, who claim they are committed to holding elections, will be put to the test.

The Ambassador noted said that “conflicting candidacies” that appeared relatively late in the election process had spurred fears of violence erupting. This could have been a motive for a temporary halt of elections.

He relayed his belief in the High National Election Commission (HNEC), which was prepared to hold polls on time, but was disrupted by these controversial candidates.