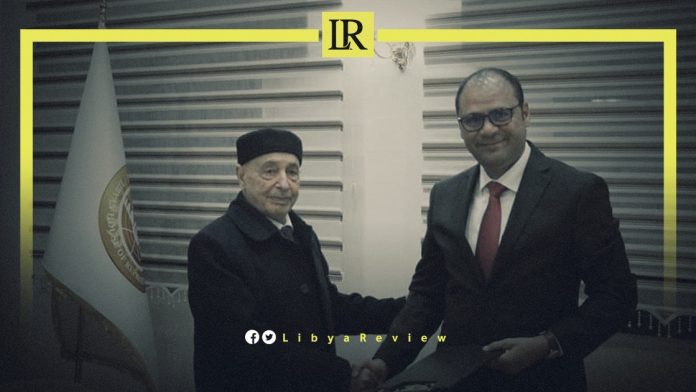 On Saturday, the Minister of Health of the new Libyan Government, Othman Abdel-Jalil took a constitutional oath before the Speaker of the Libyan Parliament, Ageela Saleh.

Spokesman for the Libyan Parliament, Abdullah Blaiheg noted that Abdel-Jalil was unable to reach the original session, which took place on Thursday.

Domestic flights were suspended following orders issued by the outgoing Prime Minister of the Government of National Unity (GNU), Abdel-Hamid Dbaiba. He ordered the closure of Libyan airspace, after the Libyan Parliament gave confidence to a new rival government, headed by Fathi Bashagha.

Bashagha has since instructed Libyan airspace to reopen for civil aviation traffic.

He addressed state institutions, and the supervisory and judicial authorities to disregard any decisions issued by the GNU, whose mandate has now expired.

Bashagha addressed his letter to the Governor of the Central Bank of Libya (CBL), the Attorney General, the heads of the Audit Bureau, the Administrative Control Authority, the Anti-Corruption Authority, the General Intelligence Services, and the Civil Aviation Authority.

He based his letter on the Libyan Parliament’s decision issued on 1 March 2022, to grant confidence to his government. On 3 March, the government took a legal oath before the Parliament, and was officially sworn in.

Notably, he confirmed that he will start studying all options and measures necessary to take power in Tripoli, “by force of law.” He expressed his aspiration to work fruitfully with the legislative authority.