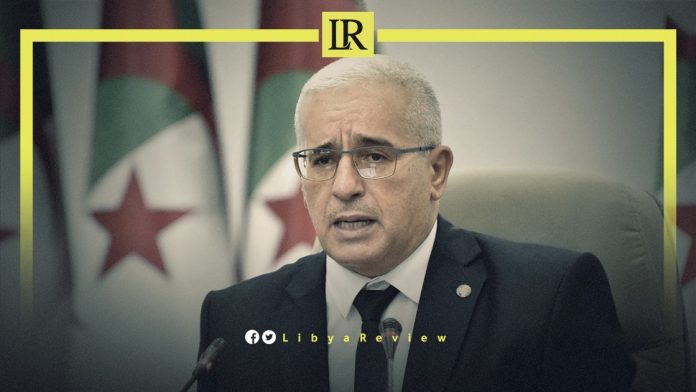 On Sunday, the Speaker of the Algeria People’s National Assembly (Lower House), Brahim Boughali said that the situation in Libya, and East Africa constitute threats to international stability and peace.

This was during his address at the 47th meeting of the Executive Committee of the Parliamentary Union of Member States of the Organization of the Islamic Conference (PUIC), held in Algiers. Boughali called on all Islamic countries to “close ranks, in order to overcome the various challenges, especially with regard to the spread of extremism and terrorism.”

He also renewed Algeria’s commitment to supporting the efforts made by Libya to resolve the crisis through peaceful means, based on dialogue, and national reconciliation.

Boughali also stressed the importance of concerted efforts by Islamic countries to establish “the principles of tolerance, cooperation, and consultation.” As well as the need for mutual respect among members to thwart any attempt to interfere in the internal affairs of all Arab and Islamic states.

Notably, Algeria’s approach to resolving the Libyan crisis is based on urging all parties to enter into a comprehensive dialogue, under the auspices of the United Nations, the African Union, and neighbouring countries. This is to meet the aspirations of the Libyan people, foremost of which is holding Presidential and Parliamentary elections, unifying state institutions, and preserving the country’s security and stability.