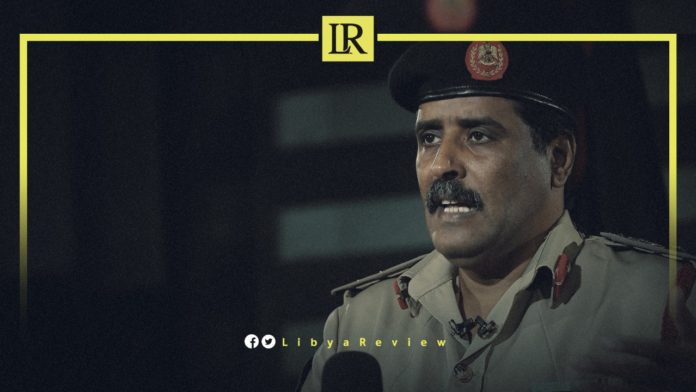 In statements to ‘Cairo 24 News’, Al-Mismari explained that the revolutionaries mentioned in Houma’s statement meant “the non-ideological militias, provided that they do not carry any extremist or takfiri ideology and are not affiliated with ISIS or Al-Qaeda.”

On Monday, Houma announced his intention to integrate revolutionaries into special programs, in a bid to unify the divided military.

Al-Mismari added that this comes within the framework of a comprehensive plan to address the issue of militias, in accordance with the conditions of work in the Libyan armed forces.

“The plan aims to dismantle the militias and integrate them into the LNA, through the Military Recruitment Committees in individual regions,” Al-Mismari explained.

“Of the conditions that must be met for integration into the armed forces, is that the ages of the applicants should be in accordance with the ages specified by the recruitment committees, they must be physically fit, and no ruling must have been issued against the applicant in any military court,” he added.

He expected the integration plan to take about two years to be implemented.

The Spokesman concluded that the presence of foreign forces in the west of the country “represents the real obstacle to the work of the 5+5 Joint Military Committee (JMC). There are Turkish forces with weapons and equipment that have not been removed from Libyan territory.”

Notably, Houma stressed that the army will “work to protect the borders and defend the civil democratic state, based on the principles and objectives of the glorious February 17 revolution.”

“The responsibility to defend Libya and maintain its security and borders is a national responsibility for everyone, and is not limited to a specific party or entity,” the statement said.

He affirmed his support for the JMC, “and all its decisions and the outcome of its work,” calling on all actors to participate in the national reconciliation project.