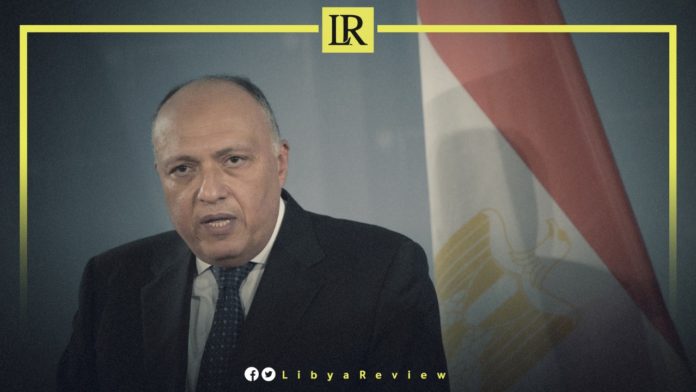 On Tuesday, Egyptian Foreign Minister Sameh Shoukry stressed the importance of finding a peaceful solution to the Libyan crisis.

In front of the 48th session of the Council of Foreign Ministers, of the Organization of Islamic Cooperation (OIC), the Egyptian FM emphasised the need to hold Presidential and Parliamentary elections in Libya. “This must be parallel to the exit of all foreign forces and mercenaries, without any exception, and within a specific timeframe.”

He also renewed Egyptian support for the efforts of the 5+5 Joint Military Commission (JMC), in settling the current crisis in the country.

The OIC, which was established in 1969 following the criminal arson of Al-Aqsa Mosque in occupied Jerusalem, is the second-largest organization after the United Nations with a membership of 57 states spread over four continents.

The Organization is the collective voice of the Muslim world. It endeavours to safeguard and protect the interests of Muslims, in the spirit of promoting international peace and harmony among various people of the world.

“We are looking forward to our organization contributing to supporting stability in Islamic states,” the Egyptian FM said in his speech.

Each rival government has support among the armed factions based in Tripoli. Bashagha has said he intends to take over in the capital soon, raising fears of clashes.

The current crisis erupted after Libya failed to hold its first Presidential elections on 24 December, under an UN-led reconciliation effort. The peace plan also involved installing an interim unity government last year. This was aimed at resolving the conflict between the country’s main factions that split Libya in 2014, between rival governments in east and west.