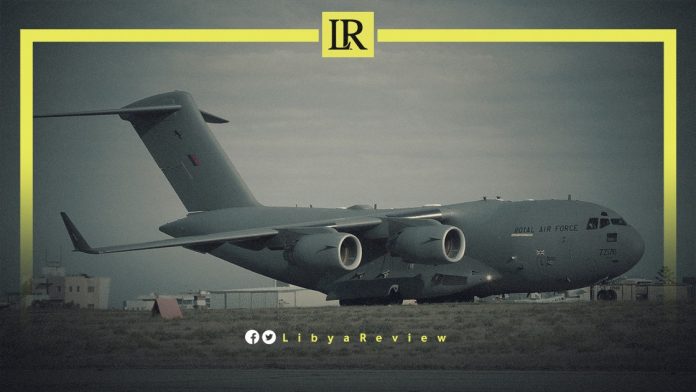 Itamil Radar has announced that it monitored a British Royal Air Force aircraft, a Boeing C-17A (reg. ZZ174, flight number RRR6372), on a flight from Britain to Libya.

The website added that the British plane landed in the city of Misrata, on Thursday afternoon. It noted that similar flights were tracked in the past, without clarifying the nature of the missions, which remain unknown.

Itamil Radar is specialized in monitoring and following up on regional air traffic. It reveals from time to time its monitoring of planes landing in Libyan territory, without providing further details.

Turkey continues to send military aircraft to Libya, with more than ten planes landing at the Uqba bin Nafi Airbase in the Watiya region, western Libya.

The planes are believed to be transporting military supplies, despite the fact that the UN-brokered ceasefire agreement stipulates that all military cooperation with foreign nations must be halted.

In May, Turkish Defense Minister, Hulusi Akar stated that the Turkish soldiers and Syrian mercenaries in Libya would remain to preserve Ankara’s interests.