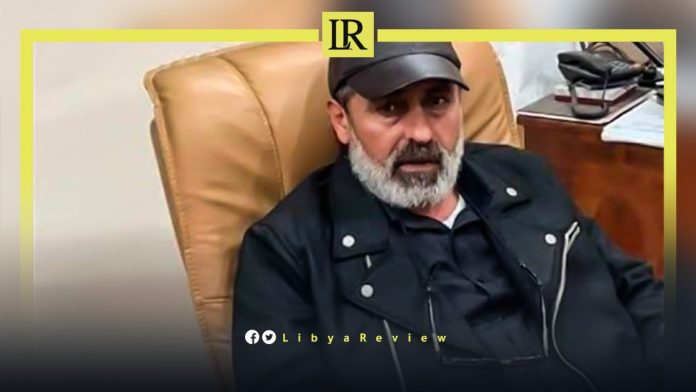 Amnesty published a report on Wednesday, claiming that the SSA had committed unlawful killings, and arbitrary detention of individuals. In addition to intercepting and arbitrarily detaining migrants and refugees, torture, forced labour, and other human rights violations and crimes.

In a statement, the Apparatus, which is funded by the Libyan government, said that the report “lacks the most basic standards of professional work,” describing such accusations as “false and slanderous.”

It also threatened to sue the International organization for defamation and slander against an official Libyan security institution. It claimed that its units are working with “full transparency and professionalism.”

The apparatus stressed that it places “the security and stability of Libya at the top of its priorities, and works in accordance with Libyan laws.”

“The aforementioned organization (Amnesty International) was required to address us and the official security institutions in the Libyan state formally before presenting any report,” the apparatus added.

Notably, Amnesty wrote to the Libyan authorities regarding the complaints received against SSA Head, Abdel-Ghani Al-Kikli (Ghnewa), and his former deputy, Lotfi Al-Harari on 19 April 2022. It demanded their removal from positions that would allow them to commit further violations, interfere in investigations, or grant them immunity, pending investigations. No response was received in time for publication.

An Amnesty delegation visited Libya in February, and spoke to nine people who said they suffered grave human rights violations at the hands of the SSA members. As well as eight family members, and three activists.

“Legitimizing abusive Libyan militia leaders and putting them on state payroll, with no questions asked only empowers them to continue trampling on the rights of more people with complete impunity,” said Diana Eltahawy, Deputy Regional Director for the Middle East and North Africa at Amnesty International.

Ministry of Interior representatives in Tripoli confirmed that the SSA intercepts refugees and migrants at sea, and takes them to detention centres under their control. They said that the ministry has no oversight over the SSA’s operations, since it answers to the President, not the Minister of Interior.

SSA’s interceptions, since September 2021 have been marred by reports of violence, leading to loss of life at sea. On 18 February 2022, SSA forces were responsible for the death of one man, and the injury of others during the interception of a boat in the Mediterranean, according to the International Organization for Migration (IOM).

Amnesty documented recent crimes, including enforced disappearances and deaths in custody by SSA militiamen. For instance, the body of a 34-year-old man was found with clear signs of torture in August 2021. He had been abducted days earlier by men affiliated with the SSA in Tripoli.

Six former detainees, held at a detention facility between 2016 and 2019 run by the Central Security Force-Abu Salim when Ghenwa was commander told Amnesty that they were “subjected to mock executions, food deprivation, beatings, electric shocks, sexual violence, and denial of medical care while in custody.”

Since its founding, the militia rapidly expanded its influence beyond Tripoli to Al-Zawiya and towns in western Libya.