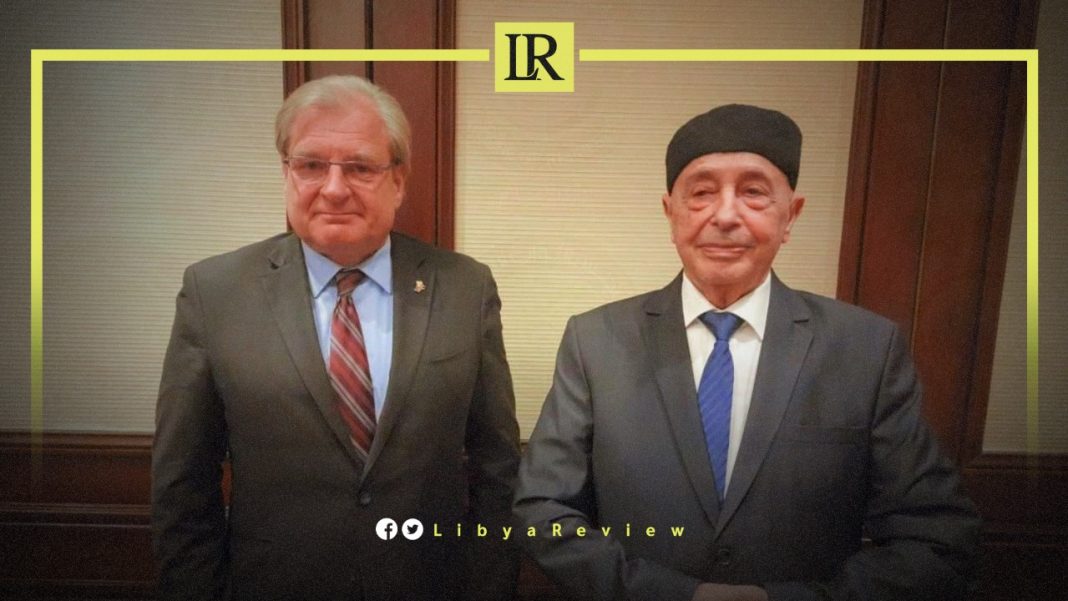 “Libya’s closed oil fields will reopen only after a mechanism for equitably distributing revenues to all regions is set up,” said Ageela Saleh, the Speaker of the Libyan Parliament.

Saleh held talks with the US Ambassador, Richard Norland, where they discussed the closures, the 2022’s general budget, and the new Parliament-backed government.

“Saleh confirmed that he will work to resolve the crisis,” the Libyan Parliament said in a statement on Sunday.

Last month, tribal leaders in the east and south of the country closed major oil fields and ports, to protest Prime Minister, Abdel-Hamid Dbaiba’s refusal to cede power. They called for him to transfer control to the Parliament-backed government, led by Fathi Bashagha.

The closure caused a decrease in production, estimated at 600,000 barrels per day. The Ministry of Oil stated daily monetary losses amounted to $60 million dollars.

Saleh added that the Bashagha government’s work from Sirte will allow it to operate in “complete freedom, and will not fall victim to extortion by militias or anyone else.”

The closures prompted the National Oil Corporation (NOC) to declare “force majeure” and suspend the work of two important ports in the east. It also closed six fields in the south and east of the country.

Oil Minister, Mohamed Aoun stated that the oil sector has been affected by the ongoing political divisions. He stressed that those behind these closures are “protesters demanding development and a fair distribution of oil revenues.”

Aoun confirmed that his ministry has formed a committee to communicate with these protesters, expressing his hope that a “solution” will be reached soon.