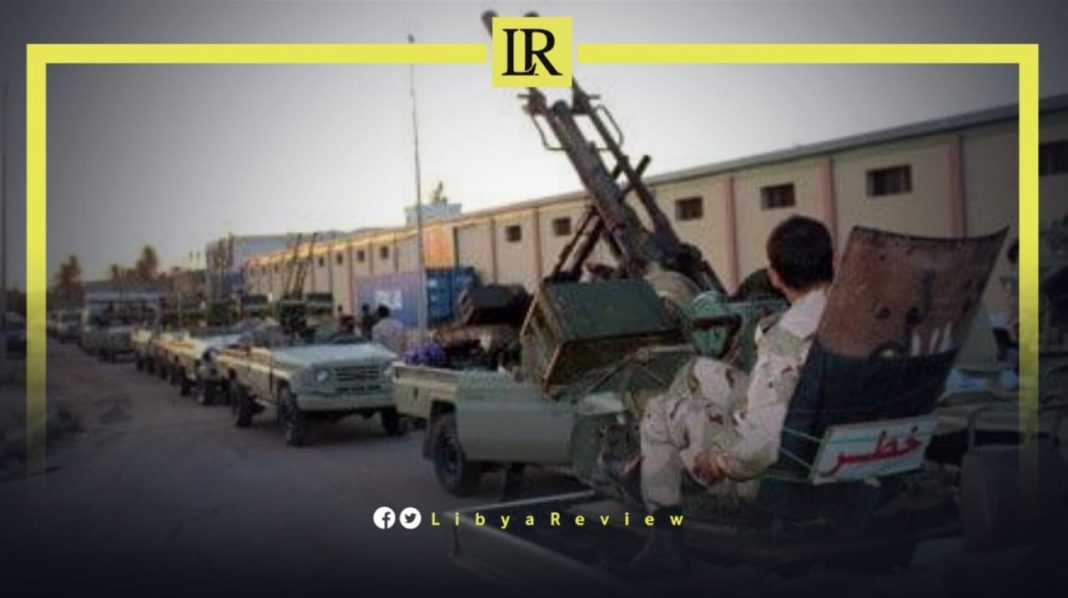 A Libyan militia has kidnapped the Head of the Anti-Terrorism Prosecution Office of the Military Prosecutor’s Office, Mansour Noureddine Daoub, the National Commission for Human Rights in Libya (NCHRL) said.

The NCHRL pointed out that Daoub had been kidnapped and forcibly detained since last Sunday. He was kidnapped by the state-funded Deterrence militia.

The Committee expressed its deep concern about the kidnapping of Daoub, and strongly condemned the kidnapping members of judicial bodies and human rights defenders throughout the country.

The NCHRL stressed that the attack on members of the Public Prosecution Office and lawyers is a flagrant violation of the immunity granted to members of judicial bodies.

It warned that “these outrageous practices contribute to undermining the rule of law and justice and violating human rights in Libya.”

The committee called on the deterrence militia to quickly release the forcibly detained prosecutor. It also held the kidnappers fully legal responsibility for his safety and life.

For their part, employees of the Military Prosecutor’s Office, and its affiliated prosecutions, addressed a letter to the Presidential Council, the Attorney General, the United Nations Support Mission in Libya (UNSMIL), and other officials, expressing their condemnation of Daoub’s kidnapping.

They announced the suspension of work until the kidnapped prosecutor is released, calling on the competent authorities to intervene urgently and release him immediately.

The ceasefire agreement between the Libyan parties, signed in Geneva on October 23rd, 2020, stipulates the necessity of disbanding the militias, disarming them, rehabilitating their affiliates, and integrating them into the official state agencies.

Recently, The Head of the Tunisian Observatory for Human Rights (TOHR), Mostafa Abdelkebir announced that two Tunisian citizens have been kidnapped in Tripoli.