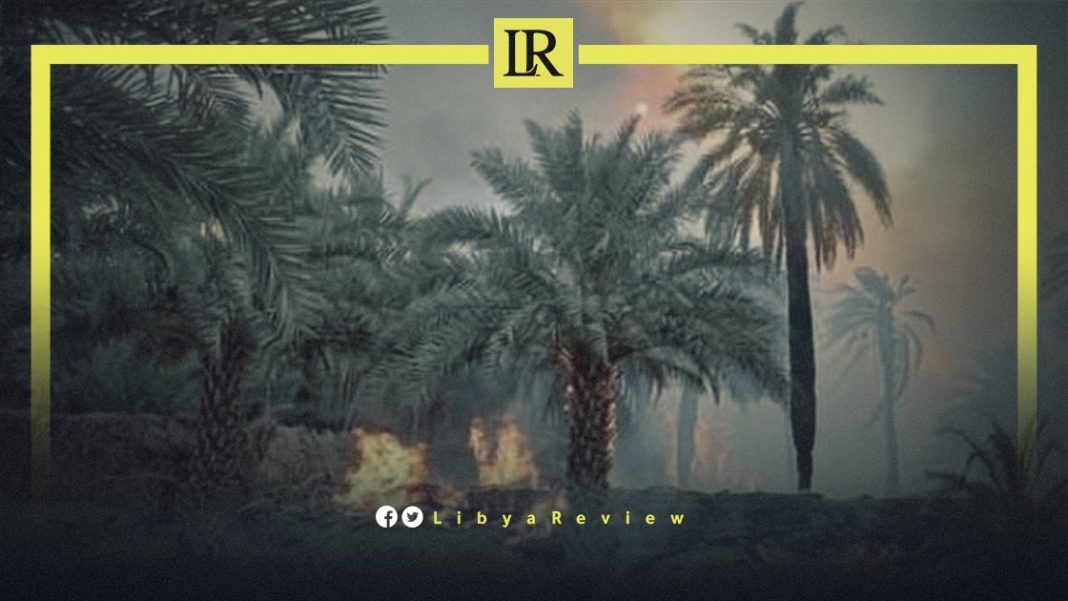 A huge fire destroyed nearly 1,000 palm trees in the Zillah area. The citizens’ efforts controlled the fire and were able to put it out without any intervention from civil protection forces.

As for the details of the fire, a member of the Municipal Council of Zillah, Mustafa Al-Saghir, said that it lasted for 12 hours. It did not cause any human losses.

Some sources attributed the outbreak of the fire to high temperatures. However, the results of the investigations have not yet been released from any of the competent authorities.

Local officials complained about the lack of capacity in the area as they only have one fire engine.