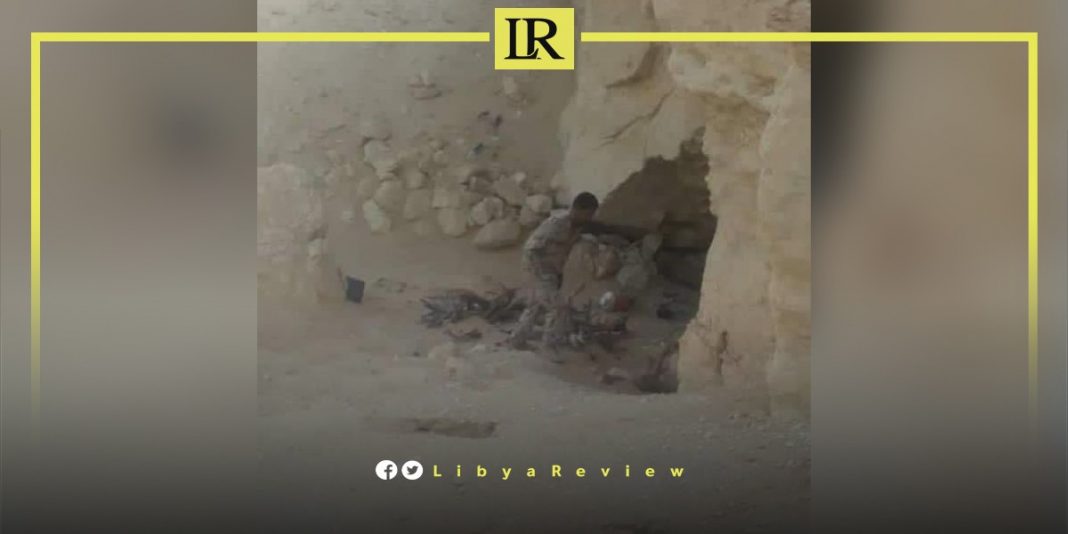 The 128th Reinforced Brigade of the Libyan National Army (LNA) announced that it raided a hideout belonging to the terrorist organisation ISIS in the Al-Jufra area, in central Libya.

The Brigade said in a statement on Facebook that the ISIS elements dug an underground trench, which was used by them as a headquarters for planning their terrorist activity in the region. However, it did not reveal whether they arrested any people or clashed with ISIS members.

The LNA is leading a massive campaign against ISIS militants in southern and central Libya. In a statement, the Southern Commander of the LNA, Major General Al-Mabrouk Sahban, stated that forces “carried out a qualitative military operation, during which they targeted a number of ISIS militants and destroyed armoured vehicles.”

He also stated that the operation aimed to “hunt down the Takfiri terrorists that threaten security and stability and who are active in looting, theft, sabotage, and smuggling activities.”

Moreover, the Director of the Moral Guidance Department of the LNA said earlier that the operation of the LNA against terrorist organizations in the south of the country “has achieved its goals.”

In an interview with Sky News Arabia, he said that the LNA intensified its reconnaissance operations, and the pursuit of ISIS elements. He confirmed that the LNA “dealt a strong blow to ISIS.”

The LNA senior official revealed that there is cooperation with several countries in efforts to combat terrorism in Libya. He noted that the LNA enjoys great popular support.

The LNA took control of the entire city of Qatroun, in the South of the country, after launching military operations targeting terrorists.

The LNA announced that it destroyed a number of military vehicles, and arrested an ISIS commander in a military operation in the southern town of Qatrun.