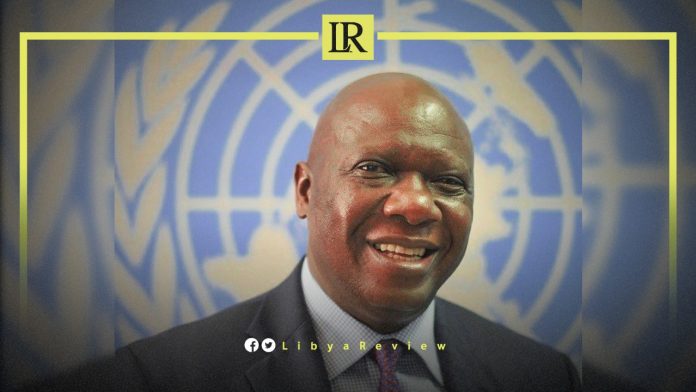 On Thursday, the Acting Head of the United Nations Support Mission in Libya (UNSMIL), Raisedon Zenenga reaffirmed his “commitment to continue efforts to support a fair and transparent political process in Libya.”

These remarks came during his meeting with the Minister of Foreign Affairs, Najla Al-Mangoush. They discussed the latest developments in Libya, and agreed on the need to chart a pathway to elections as soon as possible, based on a consensual constitutional framework.

During the talks, Zenenga urged Libyan parties to “overcome the ongoing political divisions at this critical time, and resume the path to stability. This is in line with the outcomes of the Berlin and Paris Conferences, in addition to the Libya Stabilization Conference, and relevant UN Security Council Resolutions.”

He also welcomed the recent positive developments including the resumption of oil production. During the meeting, Zenenga extended his condolences regarding the oil tanker explosion in southern Libya.

Al-Mangoush thanked Zenenga for his condolences, stressing the need “not to politicize humanitarian actions and services for any reason.”

Earlier, the FM met with the Qatari Ambassador to Libya, Khaled Al-Dosari. They discussed steps to enforce security, bolster stability, and continue work to hold elections as soon as possible.

On Tuesday, the United Nations Secretary-General António Guterres reiterated the commitment of the UN to “support a Libyan-led and Libyan-owned process to address outstanding challenges. As well as ensure the holding of Presidential and Parliamentary elections soon.”