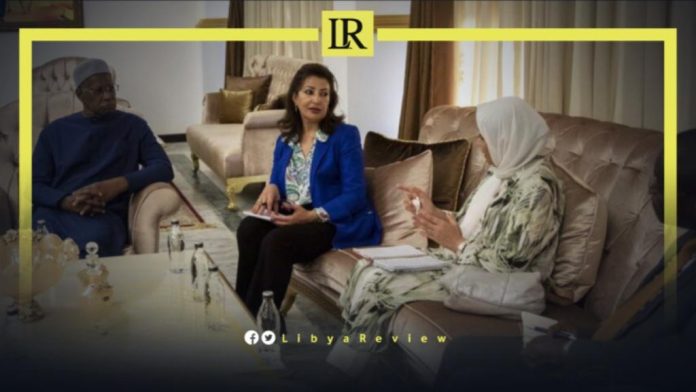 On Sunday, the Special Representative of the Secretary-General for Libya and the Head of the UN Support Mission in Libya (UNSMIL), Abdoulaye Bathily met with a group of female academics, lawyers, and activists in Benghazi.

This comes as part of UNSMIL’s continuous efforts to “gather opinions from the various Libyan parties concerned about the most effective ways towards peace and stability.”

Speaking to the women’s group in Benghazi, Bathily said: “I want to hear the roadmap you have, not only on women’s issues but on every aspect of the crisis.” He confirmed that the meeting would be the first of many, and added that he would like to “help the Libyans design a Libyan-led solution to end the crisis.”

Notably, Bathily met with the Libyan Prime Minister-designate Fathi Bashagha in Benghazi. In a tweet, He said: “I also met with the HoR-designated prime minister Mr. Fathi Bashaga and underscored to him the need for Libyans to come together to find a consensual and peaceful solution.”

On his part, Bashagha said in a post on his Facebook account that the meeting dealt with intensifying efforts aimed at supporting peace and stability and addressing the crisis with a Libyan consensus.

On Saturday, the Commander-in-Chief of the Libyan National Army (LNA), Field Marshal Khalifa Haftar met with the newly appointed UN Envoy and the Head of the UN Mission in Libya (UNSMIL), Abdoulaye Bathily.

During the meeting held in Benghazi, Bathily affirmed his “determination to listen to all Libyan parties,” and reiterated the United Nations’ “support for a sustainable Libyan-owned solution to restore peace and stability to the country.”

“I want to hear the road map you have, not only on women’s issues, but on every aspect of the crisis. I want to help Libyans design their own solution to put an end to this,” he added.