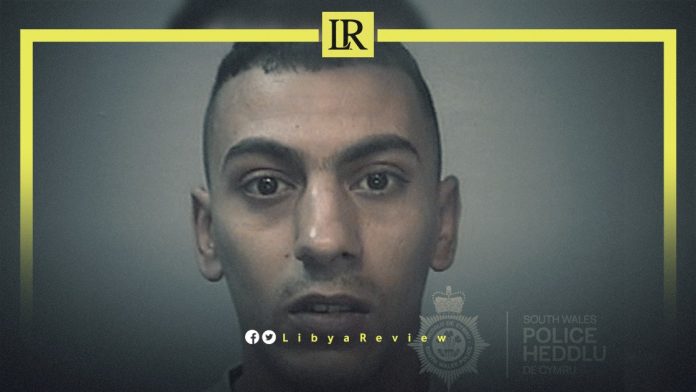 Following a row over work documents, a Libyan restaurant worker in Britain, Bilal Zawi launched a harassment campaign against his employer, and accused him of running a brothel. He also scratched his housemate’s face with a kitchen knife.

On Tuesday, the Swansea Crown Court heard the 21-year-old “had a horrific life in the Libyan civil war before coming to Italy as a youngster and travelling through Switzerland, Germany, and France to the UK.”

Prosecutor David Singh told the court that Zawi started working at a Cathays restaurant in August. A fight over paperwork swiftly escalated. Zawi exited the restaurant, grabbed the owner’s wife’s back, and called her a prostitute, and then left angry phone messages minutes later.

Bilal was arrested at the end of October, and admitted to making angry calls, but accused his former employer of running a brothel.

Singh claimed Zawi and a housemate argued days after being charged. The defendant grabbed a knife and threatened to kill his flatmate before “swinging” it. The knife scratched the victim’s face, the court heard.

His attorney, Richard Ace claimed the defendant was from Benghazi, Libya, and was raised by his grandparents after his mother’s death. His client had a “troubled early life” and saw “severe bloodshed” during the Libyan civil war, before escaping by boat to Italy aged 15 without relatives.

After a year with an Italian family, Zawi worked in Switzerland, Germany, and France. After four months in an asylum seekers camp in Pembrokeshire, the defendant relocated to Cardiff and subsequently Swansea, the barrister claimed. Ace called Zawi a “troubled young man who wishes to live a law-abiding life in our nation”.

Recorder Ifan Wyn Lloyd Jones told the defendant he had harassed him by sending “extremely unpleasant, offensive, and threatening” communications. He claimed two days after being charged over those issues, Zawi lost his temper in his shared residence and armed himself with a knife, scratching his victim’s face in an event that “could have been a lot worse”.

The recorder read about the defendant’s difficult upbringing and mother’s death, but he also highlighted his alcohol and cannabis abuse, which “did not help”.