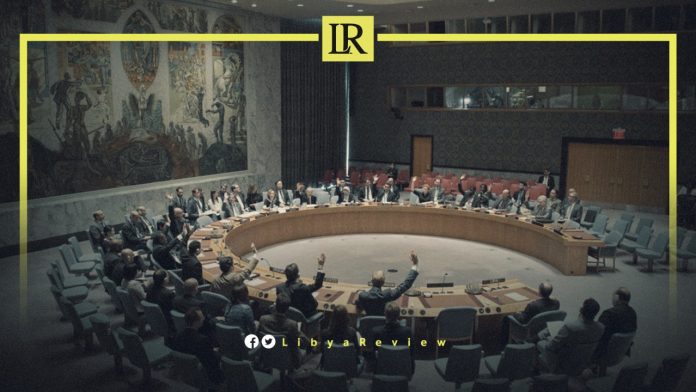 On Saturday, the Head of the Libyan Presidential Council, Mohamed Al-Mnifi, welcomed the United Nations (UN) Security Council Resolution extending the mandate of the UN Support Mission in Libya (UNSMIL) for a year and the disarmament of armed groups.

In a statement, Al-Mnifi stated that the Security Council’s resolution urges all Libyan parties to prioritise the national interest of the country, and put it above all other considerations.

The Presidential Council’s Head also stressed the importance of enhancing cooperation with the UN mission to fully implement the outcomes of the Libyan Political Dialogue Forum (LPDF). It aims to achieve political stability and end the transitional stages by holding free and fair elections.

On Friday, the Security Council voted unanimously to extend UNSMIL for a year and urged key institutions and parties to agree on a roadmap to deliver presidential and parliamentary elections as soon as possible.

The resolution adopted by the UN’s most powerful body urged “dialogue, compromise and constructive engagement” aimed at forming “a unified Libyan government able to govern across the country and representing the whole people of Libya.”

The resolution reaffirmed the Security Council’s “strong commitment to an inclusive Libyan-led and Libyan-owned political process, facilitated by the UN and supported by the international community,” that leads to elections as soon as possible. It backs the resumption of efforts to resume intra-Libya talks to create conditions for presidential and parliamentary elections.

The Security Council also acknowledged the “significant role” of regional organisations including the Arab League and the European Union (EU), calling on all relevant Libyan institutions to carry out confidence-building measures to successfully hold the elections.

Libya’s current political crisis stems from the failure to hold elections in December 2021 and the refusal of Abdelhamid Al-Dbaiba, who led a transitional Government of National Unity (GNU) in the capital, Tripoli, in the country’s West, to step down.

Abdoulaye Bathily told the Security Council that he plans to follow up on commitments by Libya’s political rivals at the end of a meeting last week. It reportedly includes the need to hold elections and ensure that the country has a single executive power as soon as possible.

He said he plans to talk to leaders of the east-based parliament, the House of Representatives, and West-based High Council of State (HCS) in the coming weeks “to understand” the agreements announced at the end of their October 21st meeting in the Moroccan capital, Rabat.

The Security Council’s resolution underlined “the importance of an inclusive, comprehensive national dialogue and reconciliation process.”

The Security Council members expressed concern at the security situation in Libya, particularly recurring clashes between armed groups in the Tripoli region that have caused civilian casualties and damaged civilian infrastructure.

They emphasised “that there can be no military solution in Libya” and called on all parties to refrain from violence.