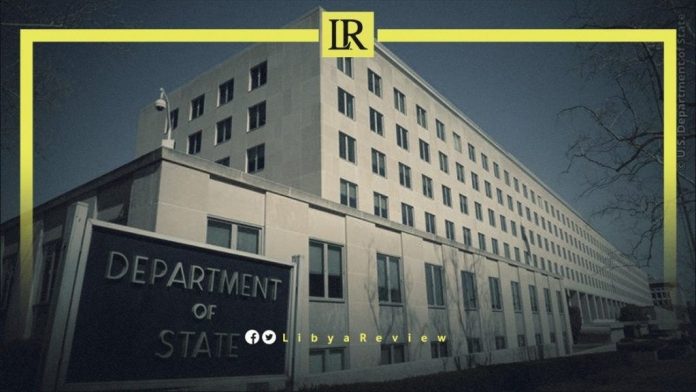 On Wednesday, the regional Spokeswoman for the US State Department, Hala Ghrait stated: “There is no military solution to the crisis in Libya,” adding that the US “firmly rejects the use of violence and supports the full implementation of the ceasefire agreement.”

Emirati newspaper, Al-Ittihad quoted the American official as saying that “the only way to proceed with the political process is through a roadmap for credible elections that enable citizens to choose their leaders themselves.” This would “require diligent work, in accordance with the constitutional foundations of elections.”

Ghrait said that “the only way forward for the political process in Libya is through a credible roadmap that allows Libyans to have the final say regarding their leadership, which requires a constitutional basis for elections.”

She also remarked that the US had encouraged the Special Representative of the UN Secretary-General, Abdoulaye Bathily to “prioritise efforts to ensure transparency and accountability in the institutions of the Libyan state.”

“We also encourage the work of the United Nations Ceasefire Monitoring Mission, as it assists the Libyan 5+5 Joint Military Commission (JMC) in overseeing the implementation of the peace process, and the immediate withdrawal of all foreign forces, fighters, and mercenaries,” she added.

On Sunday, the Spokesman of the US State Department, Ned Price said that the country “is open to the possibility of an energy interconnection between Greece and Libya.”

In press statements, he said that the US “continues to support projects that promote the energy interconnection of the Eastern Mediterranean and North Africa, with Europe.”

He clarified that the US “places special emphasis on electricity connections, as it believes that they help the energy transition process and enhance energy security.”

In response to the possibility of creating a pipeline that would connect Greece to Libya, Price explained that, “the development of resources in the eastern Mediterranean should promote cooperation and provide the foundation for sustainable energy security and economic prosperity across the region.”