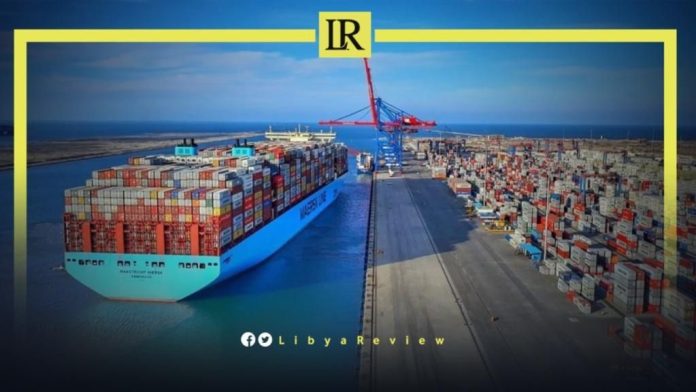 Turkey’s exports to Libya have exceeded $2 billion dollars as of October of this year. According to figures from the Turkish Exporters Council, exports increased by 3.3% compared to the same period last year.

The value of Turkish exports to Libya during the first ten months of this year amounted to two billion and 24 million dollars.

According to the government’s Hakomitna platform, the first agreement provides for “raising the efficiency of military aviation capabilities in Libya, with the help of Turkish expertise.”

The second agreement included “implementation protocols for the security agreement signed by the Presidential Council of the Government of National Accord (GNA) in 2019.”

The two parties held talks at the Ministry of Defence headquarters in Istanbul. They discussed aspects of bilateral cooperation in different fields.

The discussions were attended by Libya’s Chief of General Staff in the Western Region, Lieutenant-General Mohamed Al-Haddad, and his Turkish counterpart, along with a number of officers and officials in the two armies.

In early October, the GNU signed two memoranda of understanding on oil and gas with Turkey. Libya’s Foreign Minister, Najla Al-Mangoush said in a press conference: “The memorandum of understanding is in the interest of both countries, and contributes to solving the global crisis regarding energy and gas.”

90 members of the Libyan Parliament expressed their “rejection and strong condemnation of the signing of vague memorandums of understanding between the outgoing GNU headed by Abdel-Hamid Dbaiba and Turkey.”

“The European Union takes note of the reports indicating that Turkey and the GNU have signed an agreement on hydrocarbons based on the 2019 Turkey-Libya Memorandum of Understanding, on the delimitation of maritime jurisdiction areas in the Mediterranean,” the EU said in a statement on Monday.