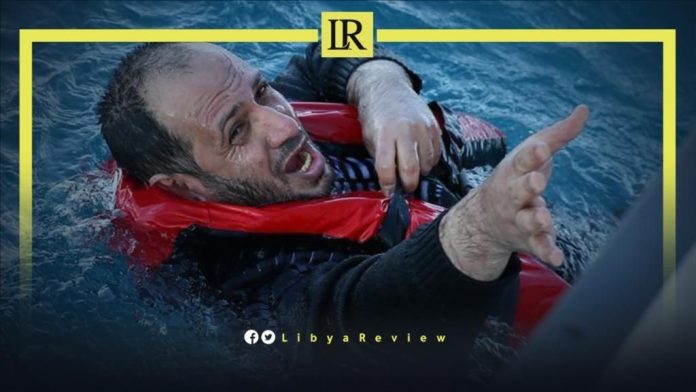 On Thursday, the Palestinian Ministry of Foreign Affairs said that at least 26 Palestinian nationals aboard two boats, were rescued off the Libyan coasts.

In a statement, the political advisor to the Minister for Foreign Affairs, Ambassador Dr. Ahmed Al-Deek said that the Palestinian Embassy in Libya is following up on the rescue operations of the two boats. The first of which was off the coast of the city of Sabratha, west of Tripoli, with six nationals who are now in the illegal immigration center in western Libya.

He added that the second boat was rescued off the coast of Misrata, with 16 Palestinians, including four women. All of whom were sent to an immigration center near Misrata.

He stressed that the Palestinian Embassy in Greece is also following up on the reports over the rescue of two other boats carrying migrants off the coast of the island of Kos. He added that four Palestinians were also rescued, and are currently in detention centers.

Many migrants choose to cross the Mediterranean sea to European shores from Libya, despite the state of chaos and insecurity plaguing the country. These migrants are often sent to overcrowded reception centers across Libya, despite repeated international calls to close such facilities.

Libya has been suffering insecurity and chaos since the fall of Moammar Gaddafi in 2011. This has made it the preferred point of departure for migrants who want to cross European shores.

Human traffickers have benefited from the chaos in the oil-rich nation and smuggled migrants across the country’s perilous borders. Human traffickers pack people into ill-equipped rubber boats and then embark on risky voyages through the tumultuous Mediterranean sea.

Those who have been returned are taken to detention centers rife with abuses, including forced labour, beatings, rapes, and torture. The abuse often accompanies efforts to extort money from families, before they are allowed to leave Libya on traffickers’ boats.

Around 12,000 migrants are currently imprisoned in 27 Libyan detention centers, according to the United Nations Secretary-General.

Earlier this year, UN-commissioned investigators said that the degree of abuse and ill-treatment of migrants in Libya could amount to crimes against humanity.