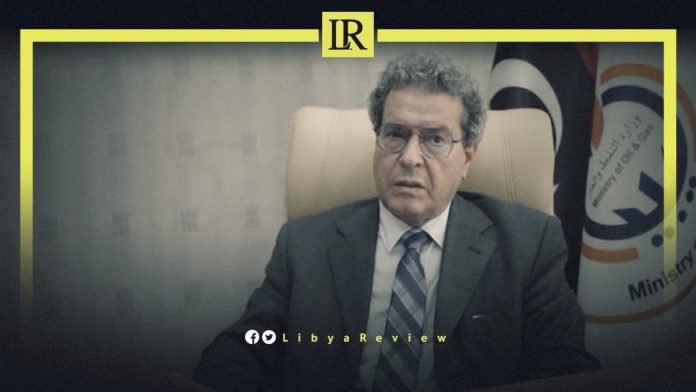 Libyan Oil Minister, Mohamed Aoun denied the news that his ministry entered into discussions to change the recent OPEC+ agreement, regarding production.

The Minister stated that the current agreement will remain in effect, according to a statement issued by the Oil Ministry, on Tuesday.

“The Ministry of Oil and Gas is committed to the OPEC+ agreement to achieve balance in the oil market, and will support any decision to achieve this goal,” the statement concluded.

Last month, OPEC has agreed to keep Libya excluded from its decision to cut daily production, by 2 million barrels per day.

This came during the 33rd ministerial meeting of OPEC and non-OPEC ministers. Aoun participated in the meeting via video conference.

“Libya’s oil reserves give it ample resources to pay for a national reconstruction effort, if only its political tensions can be resolved,” according to the Bloomberg News Agency.

In a report published in October, Bloomberg said that the country’s oil production “is a fraction of what it might be, with militias and political protesters regularly shutting down oil fields, pipelines, and ports to push their demands.”

Oil output plummeted in April, amid the latest power struggle. It later recovered after the state-owned National Oil Corporation’s (NOC) management was overhauled, and an agreement was reached to ease tensions between the NOC and the Oil Ministry.