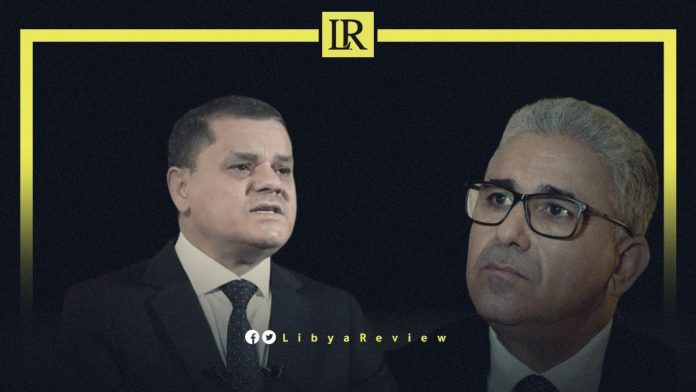 New initiatives in Libya are on their way to break the political stalemate between the two rival governments, one in the West led by Abdelhamid Al-Dbaiba and the other in the East under the leadership of Fathi Bashagha.

Sources told Libya Review that the United Nations Support Mission in Libya (UNSMIL), headed by Abdoulaye Bathily, is leading an initiative to urge the Libyan parties to agree on forming a new consensual “mini-government” that will lead the country to elections.

Last month, the United Nations (UN) Envoy to Libya made a regional tour including Turkey, Qatar, the United Arab Emirates (UAE), and Egypt. They aim to conduct several discussions to coordinate “international efforts to help the Libyans overcome the political crisis.”

The sources added that, “during his tour, Bathily proposed the formation of a new dialogue committee consisting of 45 Libyan personalities,” similar to the Libyan Political Dialogue Forum (LPDF), which has 75 members who elected Abdelhamid Al-Dbaiba as Prime Minister and Muhammad Al-Mnifi to chair the Presidential Council in February 2021.

The sources emphasised that “there is a consensus between the High Council of State (HCS) and the House of Representative (HoR) to form a new mini-government that will lead Libya to elections.”

They clarified that the Prime Minister-designate, Fathi Bashagha, agreed to leave his post, on the condition that Al-Dbaiba (who has so far refused) leaves office.

The sources expected that a meeting would be held in the city of Zintan next week to discuss the proposal. Sources noted that the Parliament Speaker, Ageela Saleh, will meet with the HCS Chairman, Khaled Al-Mishri, under the UN auspices, to reach a consensus on sovereign positions and other controversial files.

In press statements, Saleh said that there is a significant consensus with Khaled Al-Mishri, to reconstitute the sovereign institutions affiliated with the HoR, in addition to “forming a unified authority in Libya.”

Saleh added that after his Cairo meeting with his Egyptian counterpart and the Secretary-General of the Arab League, Ahmed Aboul Gheit, “we are now working to forming a unified authority, and I will meet with Al-Mishri, in the presence of the UN Envoy Bathily, to put an end to the Libyan crisis.”

A number of dialogues were held under the auspices of the UN during the past years between the Libyan parties to agree on a constitutional basis on which elections would be held. However, all of them proved a failure to find a practical way out of the decade-long crisis.

In late 2020, UNSMIL formed a 75-member committee of the LPDF, which includes Libyans from different political backgrounds.

The LPDF members elected Al-Dbaiba to head the Government of National Unity (GNU) for a year and a half mandate, with a mission of holding presidential elections in December 2021, however, he has failed to carry out his duties so far.

The current stalemate grew out of the failure to hold elections in December, and the refusal of Prime Minister Al-Dbaiba to step down. In response, the country’s eastern-based Parliament appointed a rival Prime Minister, Fathi Bashagha, who has for months sought to install his government in Tripoli.

The Head of the GNU government said that he refuses to hand over power except to an elected government, stressing that his government still has legitimacy, calling for parliamentary elections to be held first on the basis of which presidential elections will be held.