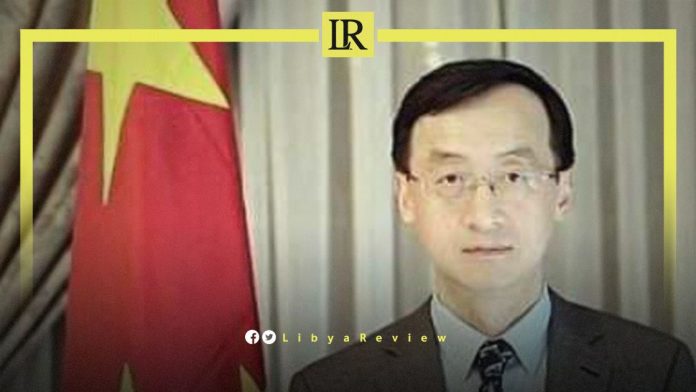 The Chinese Ambassador to Libya, Wang Qimin expressed his hope that Chinese companies would return to Libya as soon as possible, to resume their stalled projects.

In a statement to Libya’s Sada Al-Eqtisadiah, the Chinese diplomat said that the security situation in Libya was still unstable, and uncertain. He added that “there is no update regarding China’s BGP firm to resume its work in Libya.”

On Monday, a member of the Libyan National Oil Corporation’s (NOC) Board of Directors, Khalifa Abdul Sadiq chaired a meeting with a Chinese delegation, headed by Yanjun Yang, the Director of the BGP Inc., China National Petroleum Corporation’s (CNPC) branch in Libya.

During the meeting, the attendees discussed the resumption of the Chinese company’s operations in Libya.

The Chinese officials expressed their “desire to return to work again in Libya as soon as possible,” confirming that they have “initiated the procedures related to reopening the company’s office in Libya,” according to the NOC’s statement.

The meeting was attended by members of the NOC Board, including Ahmed Ammar, Hussein Safar, and Massoud Moussa. In addition to the directors of the Corporation’s technical departments.

BGP has been conducting seismic exploration in desert areas for more than 20 years, with advanced equipment and integrated technologies in field acquisition, processing, and interpretation.

Crooked line, wide line, and 3D surveys have been carried out in different desert areas both at home and abroad. These techniques have been applied comprehensively to the desert seismic data, and desirable results have been achieved.

“We are a developing country with vast lands, and are in need of competitive prices. It is good for Libya to have friendly economic and commercial relations with China,” Aoun said.

He noted that several Chinese companies were previously present in the construction industry, building large-scale housing projects. “Beijing also has constructed electric power lines, so it has vast capabilities and we can benefit from it,” he explained.

“Chinese prices are reasonable when you compare them to the equipment coming from western countries. Their (Chinese) prices are very competitive and reasonable for the Libyan state,” the minister added.

Aoun said Libya was rich in natural resources, and needs companies to build factories and plants for cement, steel, gold refining, uranium, solar power, and renewable energy. He invited international companies to bid for these projects in Libya. “They can come to Libya and compete for the establishment of these projects.”