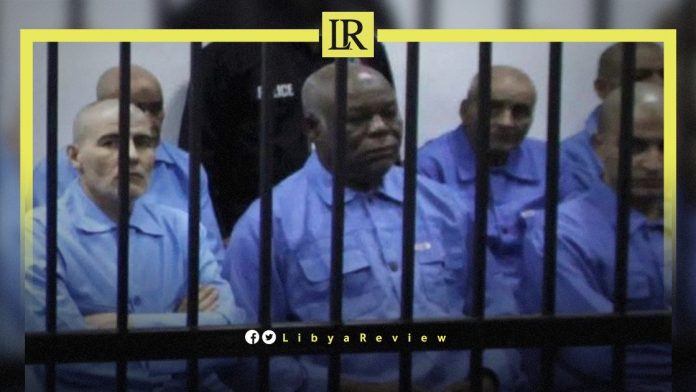 Was the former Libyan regime of Muammer Gaddafi more concerned about its citizens than the revolutionary February governments? This question was the beginning of an opinion article written by the Libyan writer, D. Jibreel Obeidi in Arabic, and translated into English by Libya Review. The full article came as follows:

The former {Gaddafi} regime refused to hand over its citizens accused in the Lockerbie case to the US judiciary. After 10 years of blockades, it negotiated their extradition to a neutral country, to guarantee litigation procedures.

The Libyan regime at this time was able to secure a trial before a Scottish court, in the neutral Netherlands. This is in contrast to the current Abdel-Hamid Dbaiba government, which extradited a Libyan citizen, without guaranteeing him the simplest levels of litigation.

This is considered a historical precedent for a country that abandoned its citizen, without guaranteeing fair litigation. This was in exchange for the liquefaction of frozen Libyan assets in the US, as part of a deal to stay in power by taking advantage of US recognition.

This matter is a violation of Libyan sovereignty, as the US seems to support an unelected government, obligating it to take confidence from the elected Libyan Parliament. Instead, this government has refused to surrender to an alternative government, which has been given confidence by Parliament.

This has made Washington a party to the conflict, and not an honest mediator that can be relied upon to solve the crisis and the political impasse in Libya.

Opening the Lockerbie file in this way, is considered a stained political deal. This was concluded by the Dbaiba-led “Government of National Unity (GNU)” from which the legitimacy and confidence of the Libyan Parliament were withdrawn.

The Lockerbie case was completely closed as part of a Libyan-American agreement, signed by the current US President, Joe Biden, when he was Head of the Congress at the time. The agreement stipulated that the issue would not be reopened, which resulted in billions of dollars in compensation to the families of the victims.

Will Abu Ajila Masoud be found innocent or convicted? This must be the ruling of an impartial court, in which the requirements for fair litigation are met. Not for a citizen to be kidnapped from his home by a militia in Tripoli, and handed over to an American security team that arrested him on Libyan soil.

Suddenly, a Libyan citizen, who does not have a visa to enter the United States, appears before the American judiciary and finds himself in his old age, and ill-ridden and exhausted body, in front of soldiers, judges, and the media, unable to communicate.

Regardless of the charges levelled against Abu Ajila, the Lockerbie case ended with a verdict after Libya insisted on ensuring a trial with the simplest levels of litigation. The American judiciary relies on the jury system, knowing that the issue would become public opinion. Therefore, the jury cannot be guaranteed impartiality, and not be affected by public opinion, which was charged against Libya and the Gaddafi regime at the time.

Today, the Libyan people were surprised by the disappearance of Abu Ajila. Even if he was the perpetrator and the hypothetical “maker” of the bomb, as Washington accuses him, then he is entitled to fair litigation procedures that guarantee his rights.

Justice is not only about bringing the accused, like bringing a sheep to a slaughterhouse. This is inconsistent with the most basic human rights, which political greed and malice seem not to deal with or recognize. For this reason, we are afraid of achieving justice through strange and wondrous mechanisms.

Abu Ajila, regardless of his innocence or conviction, seems to be the victim of a political deal!