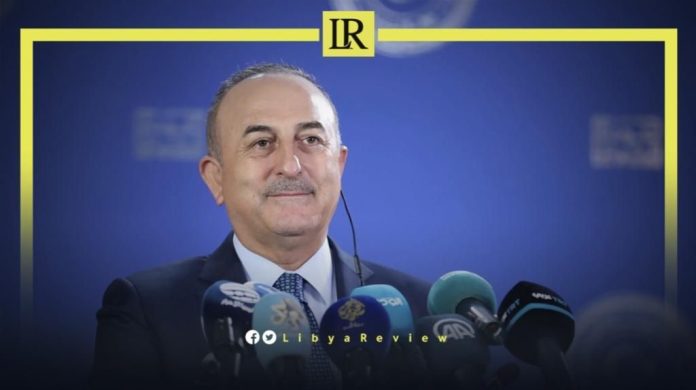 Turkish Foreign Minister, Mevlüt Cavusoglu said that Ankara is the only active country in Libya, and no party can take its place.

In his closing speech of 2022, Cavusoglu said: “There is no active party in Libya that can play the role of Turkey.” He confirmed that the “tangible results of the will of Turkey in Libya since 2019 are still ongoing.”

Notably, the Turkish-Libyan maritime memorandum received another blow to its credibility, after Egyptian President, Abdel Fattah El-Sisi’s Presidential decree demarcated the Egypt-Libya maritime border unilaterally, with a western limit at the 25th meridian. This is even further west than the limit of the August 2020 Greece-Egypt partial demarcation agreement, Greek newspaper Ekathimerini said in a report.

The exploration for hydrocarbons to the southwest of the island of Crete, at the request of US oil giant ExxonMobil, was followed by the decree. This transfers Egypt’s claims against Libya further west, dealing another blow to the Turkish-Libyan memorandum.

In effect, it makes Tripoli’s desire for exploration south of Crete, where Egypt is now asserting claims, even more difficult.

The decree does not reach the median line (as perceived by Greece) leaving room for a future tripartite agreement between Greece, Egypt, and Libya. It does cover more of Crete against the possibility of Tripoli requesting that exploration be conducted by the Turkish Petroleum Corporation (TPAO), at a point near the east of the island.

This was the second serious challenge posed by Egypt to the provisions of the Turkish-Libyan memorandum. Far more stinging for Ankara was that it did not come after an agreement with Greece but on the unilateral initiative of the Egyptian President.

Pairing El-Sisi’s announcements with ExxonMobil’s exploration activities, it becomes de facto evident to the Tripoli administration that it cannot act solely to serve Turkish interests in a way that violates the rights and concerns of other countries in the region.

El-Sisi’s message came immediately after the joint letter of the Turkish and Tripoli Foreign Ministers to the UN, against Greece’s rights off Crete.

“It is a unilateral demarcation. It is accurate under the law of the sea. And it wants to demonstrate its claims to the areas left out of the Greek-Egyptian demarcation west of the 26th meridian,” Petros Liakouras, Professor of international law and Director of the International and European Studies program at the University of Piraeus said.

He also stressed that El-Sisi’s decree “rams the Libyan side of the Libyan-Turkish demarcation. Now it extends this line. This helps us because it further cuts off the projection of the Turkish coast toward Libya.”