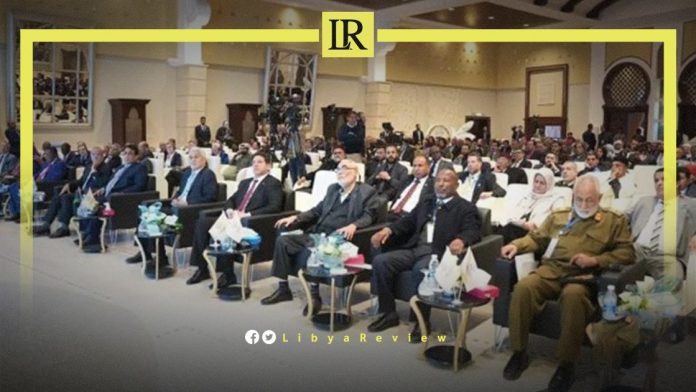 The Libyan Senate announced its boycott of the preparatory forum for the Comprehensive Conference for National Reconciliation, which kicked off on Sunday in the capital, Tripoli.

The Head of the Senate, Sheikh Mohamed Al-Housh, confirmed that “the boycott is due to the reservations we have about the Presidential Council (PC), and its issuance of the decision to establish the High Commission for National Reconciliation a year ago. The Presidential Council has been unable to name a Chairperson or any members so far.”

Al-Housh said that “the PC took the decision, and acted upon it without handing over the tasks to this commission, and to the specialists in establishing reconciliation rules.”

Al-Housh noted that “there are signs of reconciliation. We have begun to open paths for reconciliation and conducting dialogue to reach transitional justice that includes reparation, taking retribution from the perpetrators, exemption, and a general amnesty.”

On Sunday, the Head of Libya’s Presidential Council, Mohamed Al-Mnifi opened the preparatory meeting for the National Reconciliation Conference in Libya.

The event was attended by Representatives of the African Union, a number of foreign ambassadors, members of the Libyan Parliament, the High Council of State (HCS), tribal Sheikhs, and notables from various regions of Libya.

President Sall affirmed the African Union’s “support for the Presidential Council’s initiative to achieve reconciliation in Libya, and support for any comprehensive solution to the prolonged crisis.”

In turn, Al-Mnifi called for pressure to be placed “on all political bodies in Libya in order to achieve comprehensive national reconciliation between all parties.” He also stressed the need to “approve the constitutional basis, in order to achieve the aspirations of the Libyan people in holding elections. Ignoring reconciliation and power-sharing has further complicated the Libyan scene. The solution to the Libyan crisis lies in restoring the spirit of the homeland, and the principle of reparation.”