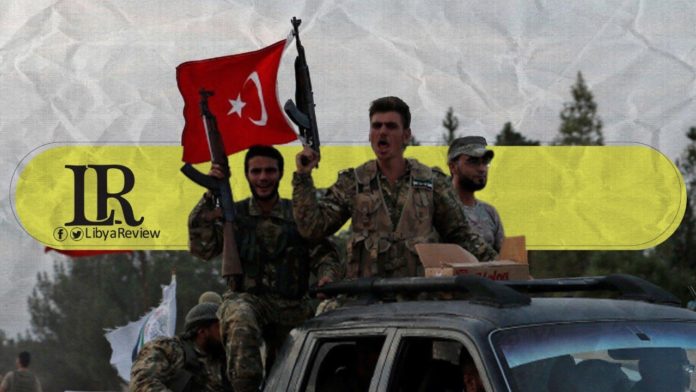 On Saturday, the Syrian Observatory for Human Rights (SOHR) stated that dozens of Turkish-backed Syrian mercenaries were repatriated from Libya during the past few days.

In a statement, the SOHR said that nearly 140 Syrian fighters from the Al-Hamza, Faylaq Al-Majd, Sultan Murad, and Al-Mu’tasim division had been repatriated from Libya to Syria.

It added that this step was not part of the agreement to withdraw fighters from the country, but rather to deploy new fighters. The Observatory also claimed that a group of more than 200 fighters from the same factions were sent to Libya by the Turkish government.

The Observatory noted that the repatriated groups often consist of 100-250 mercenaries, with similarly sized groups deployed to Libya. The repatriation of those fighters is said to be based on certain health and security conditions.

There remains a continued dissatisfaction among the fighters, and resentment in terms of not receiving their salaries and their strong desire to return. Many of the mercenaries have reportedly not received their salaries for months, and some have tried to escape their training camps in Tripoli. A number have also tried to flee to Europe, through Italy.

The number of Syrian mercenaries sent to Libya by Turkey is estimated at 18,000, including 350 minors under the age of 18. The majority of these child soldiers were recruited by the ‘Sultan Murad’ militia, who exploited their personal hardships to enlist them.

About 10,750 mercenaries are thought to have returned to Syria after the end of their contracts. The number of jihadists believed to have arrived among them is 10,000 fighters, of whom 2,500 were Tunisian nationals.

About 10,750 mercenaries are thought to have returned to Syria after the end of their contracts. The number of jihadists believed to have arrived among them is 10,000 fighters, of whom 2,500 were Tunisian nationals.