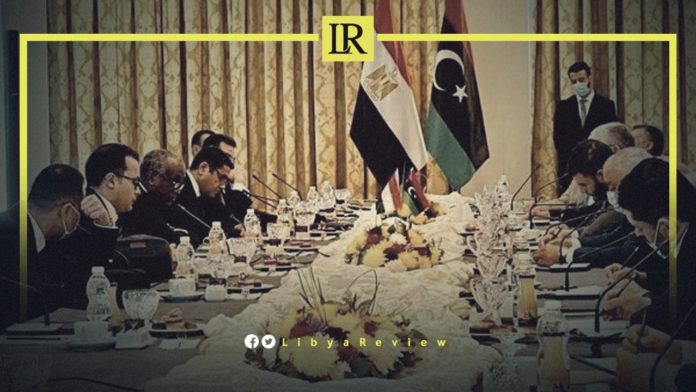 On Wednesday, Head of Egypt’s diplomatic mission in Tripoli, Tamer Moustafa held a meeting with a number of Libyan officials to discuss preparations for re-opening the Egyptian Embassy in Tripoli, and the Consulate in Benghazi.

The move “affirms Egypt’s constant support for Libya’s stability,” the Egyptian Foreign Ministry said in a statement on Wednesday.

Moustafa held meetings with the Libyan ministers of Foreign Affairs, Planning, Oil and Gas, Housing, Labor, and the Economy, where they discussed bilateral ties and means to further enhance them.

The two sides also tackled the reconstruction process in Libya, and possibilities of benefiting from Egyptian experiences in various fields, given President Abdel-Fatah El-Sisi’s directives to provide Libya with the needed support in this regard.

Egyptian efforts to support Libya in confronting the COVID-19 pandemic, and maintaining the airlift launched by Cairo to transport liquid oxygen were also discussed.

During his visit to Tripoli, Madbouly met with Dbaiba and discussed boosting relations between the two countries, along with preserving stability and security in Libya.