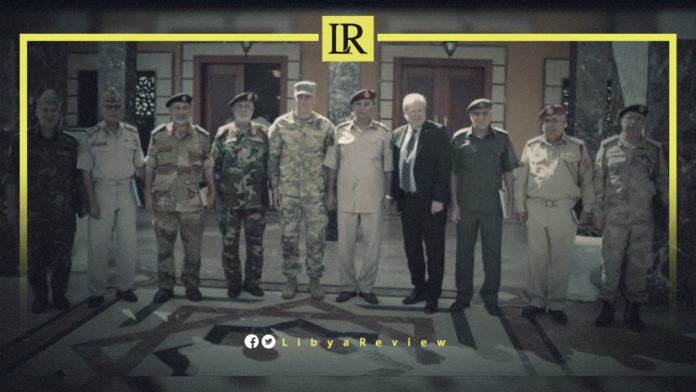 On Tuesday, Libya’s Joint Military Commission (JMC) met with officers of the United States Africa Command (AFRICOM) in Tripoli. They discussed ways to ensure the withdrawal of mercenaries and foreign forces from Libya.

Well informed sources told Sky News Arabia that the JMC had reached a timetable and plan for the withdrawal of all foreign forces in the country. These exceed 20,000 fighters, according to the estimates of the United Nations Support Mission in Libya (UNSMIL).

This withdrawal of the foreign forces is scheduled to continue after the planned 24 December elections.

The sources believe that a number of Turkish military flights recorded over the past two weeks, at the Al-Watiya airbase and Mitiga Airport in Tripoli were to withdraw foreign forces and military equipment.

The US Embassy in Libya said on Tuesday that US military cooperation can help Libya improve its ability to remove unexploded ordnance, and recover from the conflict.

Military and civilian explosive technicians from around the world, including two representatives from Libya, came together in Iowa to share counter-IED expertise.

“The effort ensures the safety of bomb-disposal technicians as well as citizens under threat of land mines & explosive remnants of war,” AFRICOM tweeted on Monday.