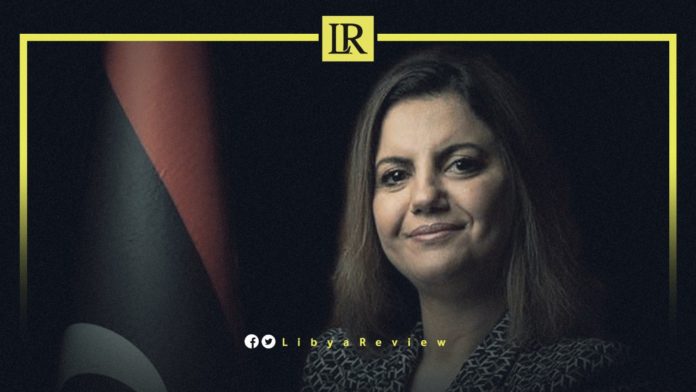 The Libyan Foreign Minister, Najla Al-Mangoush, said that there is a real danger of civil war arising after the upcoming presidential and parliamentary elections, but says “there is always hope.”

In an interview with the BBC, Al-Mangoush said that she hopes that the elections will be free and fair. She said that; “we have some security issues and concerns and I hope this is not going to affect the election process.”

Al-Mangoush added that, “it is a big expectation when you are witnessing the country transition from war to peace and just reading the indicators in the ground. In order to have fair, you need to include everyone to participate in the election process without fear and concern.”

“Acknowledging the fact that there are power dynamics in the ground that could affect the fairness,” she noted.

Asked about her concerns, Al-Mangoush said she cannot name a specific group. “The power dynamics… There are weapons everywhere. If there is influence from outsiders or insiders, then this going to create manipulation and could lead to an unfair election.”

She said that, “we need to encourage people to participate in the democratic process because legitimacy is the key factor for all Libyans to transition to a more peaceful and more democratic state.”

“My biggest fear as a Libya citizen and as who is in charge and responsible in this government, I do not want this election to lead to a civil war.”

Al-Mangoush added that a civil war will be a real danger because “it means we will go back to square one.” “I can see there is progress in the ground. We need to achieve and enhance true election.”

She pointed out that “there is no last moment, there is always hope. Libyans deserve now to live in peaceful manners and stability. Everyone in the ground wants to live with dignity.”

Asked if she is worried that the results will not be accepted by General Khalifa Haftar for example, she said, “I think he will accept the results. I cannot speak on behalf of him. I think all Libyans now, even we may not necessarily at the same page, learn that violence will never be the answer and violence create more wounds and create more division and more complexity.”

Asked what she wishes for now from the international community and what would she like to say as the Foreign Minister of Libya, she said, “we need peace… We need the international society to help us to penalize the international spoilers. We have alot of outsider spoilers who not necessarily are happy with the progress we are achieving as a government. They are really keen to see Libya divided. Ther are really feeding in the conflict in the ground.”

Asked who the international spoilers are, she said, “I cannot say the names for a reason, because we want to bring everybody in the room. Everybody can support the peace process in Libya he is very welcome to work with us.”