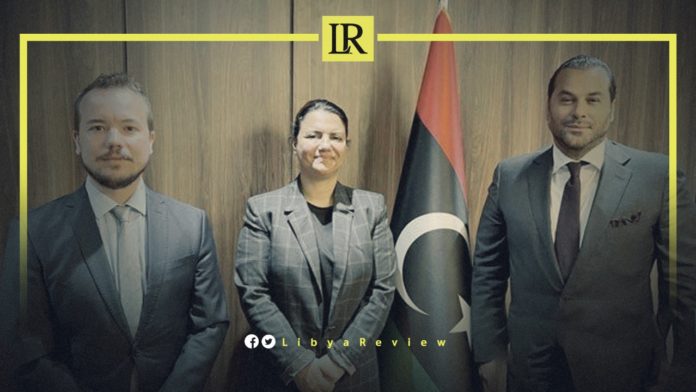 On Monday, Libyan Foreign Minister, Najla Al-Mangoush held talks with organizers of the Energy and Economic Summit 2021 to discuss preparations for the event, which is scheduled to take place on 22-23 November in Tripoli.

The meeting brought together Al-Mangoush, in her capacity as Chair of the Preparatory Committee for the Libya Energy and Economic Summit 2021, Senior Director at the Energy Capital & Power, James Chester, and local partner of the summit Ahmed Al-Ghazali, the Deputy Director of the American-Libyan Chamber of Commerce.

The Libya Energy and Economic Summit would be the first major in-person energy talks to be held in Libya for a decade.

During the meeting, the Libyan FM welcomed the organizers of the summit, and pledged to provide her support to ensure its success. She emphasised the importance of the summit, which follows and builds on the achievements of the Libya Stabilization Conference last month.

“The event is an important step along the pathway of establishing economic stability in Libya,” Al-Mangoush noted.

The minister and the organizers voiced their aspirations to welcome regional ministerial, and commercial delegations from partner nations in Tripoli.

Notably, Al-Mangoush began a visit to Algeria, to discuss the latest political situation in Libya with a number of senior officials.