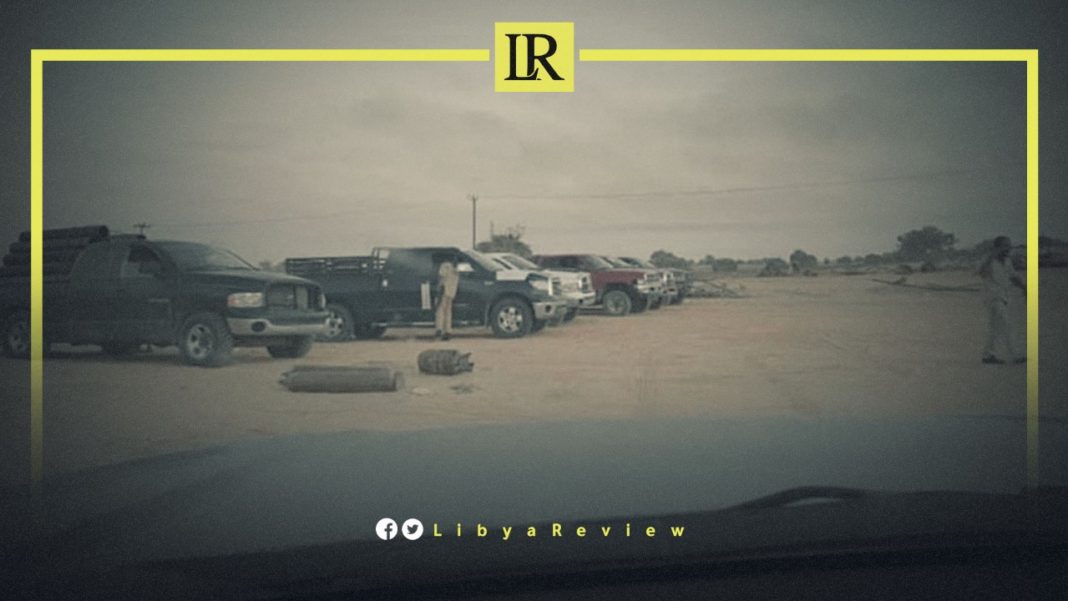 In a statement, the directorate explained that the operation came after a notice was issued by the Petroleum Facilities Guard (PFG). A number of vehicles reportedly fled while being chased by a PFG patrol, and disappeared in Marsa El-Brega.

It confirmed that these patrols are aimed at securing the oil facilities, maintaining the sovereignty of the state, and preventing the infiltration of illegal migrants inside the country.

Since the overthrow and death of Libya’s former leader Muammar Gaddafi in 2011, smugglers have benefitted from the nationwide crisis. Smuggling activities have picked up speed, as the ongoing chaos has allowed networks to operate relatively freely, especially in coastal cities and towns.

The activities of these networks are divided up regionally and nationally, and in some cases, they take on an international character, with the smugglers coordinating with global smuggling networks.

In August, the Sobol Al-Salam Brigade, affiliated with the Libyan National Army (LNA), seized a number of smuggled vehicles in Al-Kufra city that were on their way to Sudan, with a number of the vehicles being driven by foreigners and Libyans.

In a statement, the brigade’s command said that these smuggled vehicles were spotted during a patrol along the southern border. It stated that these patrols are aimed at securing the porous Libyan borders, maintaining the sovereignty of the state, and preventing the infiltration of illegal migrants inside the country.