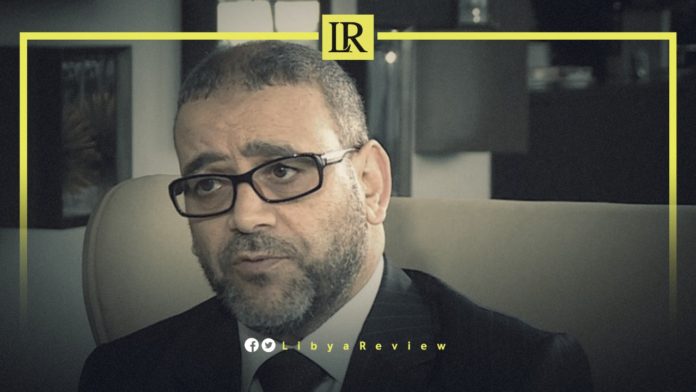 Head of Libya’s High Council of State (HCS), Khaled Al-Mishri renewed his rejection of the country’s election laws. He called for the elections to be postponed, “because they represent the point of view of one party, and ignore the others.”

Al-Mishri revealed that the HCS will present a proposal to hold be the first round of Presidential elections on 15 February 2022, coinciding with the Parliamentary elections.

He also called for the adoption of a barometric electoral system that relies on fingerprints and face scan. As well as the installation of surveillance cameras in all electoral stations to prevent fraud.

“The electoral process is not only voting, the voting is one of the steps, with other steps that begin with the existence of an agreed constitutional rule,” he noted.

“Before the elections, all parties concerned with the electoral process must agree on the electoral basis. There must also be an independent body that manages the process with impartiality and technical ability,” Al-Mishri added.

Last week, Al-Mishri called for a boycott of the elections scheduled for 24 December.

He also called for a sit-in in front of the headquarters of the High National Electoral Committee (HNEC), the United Nations Support Mission in Libya (UNSMIL) and the Libyan Parliament to protest the “flawed” election law.

During a meeting in Tripoli with MP’s, HCS members, and mayors, Al-Mishri urged the Libyan people not to participate in the elections as voters or candidates.

Notably, Al-Mishri stated on Thursday that Field Marshal Khalifa Haftar “will never rule, even if it costs hundreds of thousands of bodies. If Haftar becomes president, the western region will pick up their weapons and fight Hafter,” during an interview with Al-Jazeera.

Field Marshal Khalifa Hafter is the Commander of the Libyan National Army (LNA), located in the eastern region of the war-torn Libya.

Al-Mishri rejected the election laws ratified by the Libyan Parliament, claiming that the law is “tailored” for Haftar to take over the presidency. “The countries supporting Haftar were behind the laws related to the elections, which were tailored to him,” he claimed.

The HCS Head said that the election laws did not take into account the political agreement and the outcomes of the Libyan Political Dialogue Forum (LPDF), and were not presented to the council.

He warned that the military conflict between the East and West will return if Hafter is elected as President, dividing the country once more.

Parliament Speaker, Ageela Saleh announced his ratification of a Presidential election law issued on 9 September. The HCS rejected this step and said it will not recognize the law “that was passed without a legal vote or consensus.”