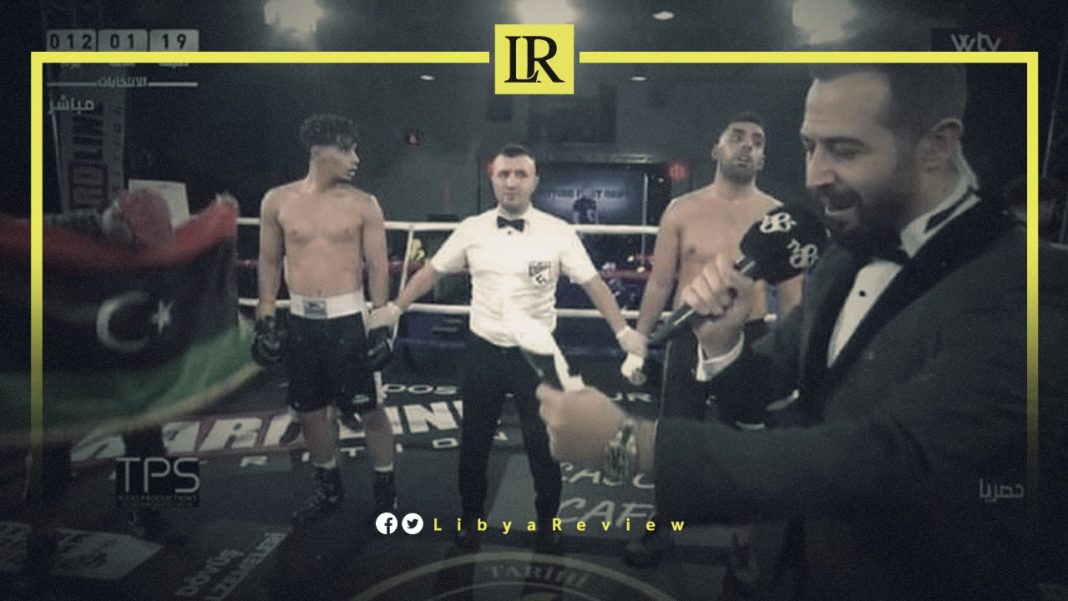 Libyan boxer Saad Al-Falah defeated his Turkish counterpart Ali Murat, as part of the fight that brought them together on Saturday in Turkey.

Boxer Saad Al-Falah dominated the match, which lasted for five rounds, providing quality techniques, until he knocked his opponent to the ground in more than one round.

A few days before the match, Al-Falah said, “I prepared for this professional match about a month ago under the supervision of the English coach of Libyan origins, Mohamed Bousfita, and the local coach, Reda Al-Dawaa.”

Al-Falah was crowned the gold of the Maghreb in 2019, and achieved 25 consecutive victories in the local championships.

He also won the African Bronze in Congo 2021, the gold in the Tunisia International Championship 2019, and the Libyan Championship for the junior categories in 2015, 2016 and 2017.

Boxing is considered as a ‘savage’ sport and banned since the 1970s by former Libyan leader Moammar Gaddafi, is making a comeback in the country.

During former Libyan leader Moammar Gaddafi’s reign, boxing, along with few other competitive sports, was banned for more than 30 years.

Boxing however has made a return to the rings since the fall of the old regime, despite limited infrastructure and investment in equipment, gyms and above all, safety for boxers.

At the time of the ban in the 1970s, Libya was the second-best in Africa.

The country’s most famous and arguably boxing pioneer, Giubran Zugdani, took part in the 1976 Olympics.

The Confederation of African Boxing (CAB) has invited 13 countries to the tournament.