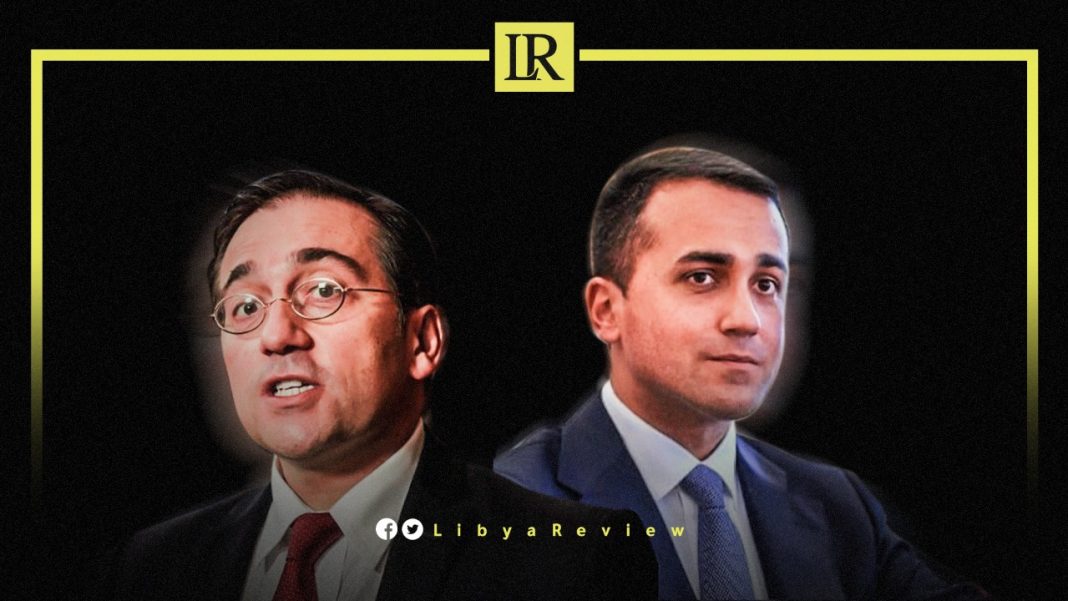 The bilateral meeting on the sidelines of a meeting of EU foreign ministers in the French city of Brest.

The agenda of the informal meeting included the strategic approach towards China, and partnership with the African Union. As well as a review of foreign and security policy issues of strategic importance to the EU.

Notably, Rome intends to organise an international conference on Libya in March, to follow up on the outcomes of the Paris Conference held last November.

On Thursday, the Chairman of the Foreign Affairs Committee of the Italian Chamber of Deputies, Piero Fassino stated that there is an urgent need for an initiative by the EU and the US to unfreeze the stabilisation process in Libya. This has entered a stalemate after the 24 December elections were postponed.

In press statements, Fassino added, “In the absence of immediate or at least timely interventions by the EU and Washington, there is a risk that Turkey and other actors driven by colonial and non-colonial interests will take over the country under the pretext of guaranteeing a future of political stability and economic prosperity, as well as peace in the North African country.”

This is why Fassino is calling for a new international initiative, after the Berlin II Conference. The 23 June meeting, under the leadership of Germany and the UN brought together the Libyan transitional government and the representatives of 17 countries that have interests in the area, including such as Italy, Egypt, Turkey, Tunisia, Algeria, and France to work on restoring stability to Libya.

He stressed that the Libyan Foreign Minister Najla Al-Mangoush underlined everyone’s commitment to “free, inclusive, and safe elections on 24 December.”

The Italian diplomat noted that the commitment was also signed by Turkey, which had given the green-light to withdraw its-affiliated forces and mercenaries from the country. This is yet to materialise.

“Despite the efforts of Italy, France, and Germany, the commitment to the specified election date was not possible, and it was postponed. We fear a new postponement of the elections after two months, which will be a definitive sign of the will of regional powers to keep eastern, western, and southern Libya under their control,” he said.