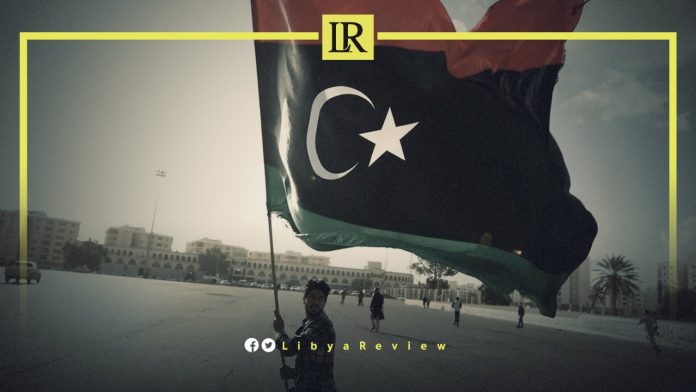 The 17 February marks the eleventh anniversary of Libya’s revolution, which toppled the 42 year regime of Colonel Muammar Gaddafi, and changed the course and the political map in the country. The decade since the civil war, has seen numerous political forces duelling for power and control, which continues to this day.

A number of important events in the decade since have been outlined below:

Following the Tunisian, and Egyptian revolutions, calls for demonstrations in Libya began appearing on social media outlets on 14 February 2011. The following day, the first protests took place in the city of Benghazi, for the families of the reported ‘Abu Salim prison massacre’. Two days later, mass demonstrations took place in Al-Bayda, where several civilian deaths were reported.

Several cities quickly joined the rebellion, and protesters tightened their grip, demanding the fall of the regime. On 24 February, Switzerland decided to freeze the assets of the Gaddafi family deposited in its banks, and NATO began to monitor Libyan airspace on 7 March.

Events flared up sharply in Libya, and the UN Security Council decided to impose a no-fly zone over Libya on 17 March. Two days later, the international coalition began a military operation during which hundreds of missiles were fired at targets in Libya. On 30 April, NATO launched an attack in which Saif Al-Arab Gaddafi, the son of the Libyan leader, and three of his grandchildren were killed.

On 12 May 2011, the European Union and a number of countries recognised the rebel’s “National Transitional Council” as the legitimate representative of the Libyan state. The International Criminal Court (ICC) issued an arrest warrant against Muammer Gaddafi, his son Saif Al-Islam, and Intelligence Chief Abdullah Senussi on 27 June. Four months later, Colonel Gaddafi was killed in Sirte.

On 7 July 2012, a new legislature was elected, the “General National Congress (GNC).” Extremist groups took advantage of the situation in the country, and Al-Qaeda aligned forces launched an attack on the US Consulate in Benghazi, killing the US Ambassador Chris Stevens on 11 September 2012.

On 14 November 2012, Ali Zeidan was appointed as Prime Minister. Protests and demonstrations followed, demanding his resignation, after a wave of assassinations against activists.

The GNC approved the Political Isolation Law on 5 May 2013, barring high-ranking members of the former regime from taking part in political life. A number of legal trials for captured officials also began.

On 15 November, militias from the city of Misrata killed more than 50 demonstrators, in what became known as the ‘Gharghour massacre.’

On January 10 2014, the US State Department classified Ansar Al-Sharia extremist group, as having links to Al-Qaeda.

In March 2014, the Libyan government announced the extradition of Saadi Muammar Gaddafi from Niger. Five days later, Prime Minister Zeidan resigned, and Abdullah Al-Thinni was assigned to head a new interim government. A month after assuming his position, Al-Thinni also resigned, after receiving death threats from members of his government. On 4 May, the GNC elected Ahmed Maiteeq to succeed Al-Thinni.

On June 3 2014, Al-Thinni refused to hand over power to the new government headed by Maiteeq. A week later, the Supreme Court ruled the election of Maiteeq as unconstitutional.

On 17 July, the Libyan government submitted a request to the UN Security Council to help prevent it from becoming a “failed state.” Parliamentary elections were held, and the Libyan Parliament held its first session in Tobruk. It then agreed to classify Ansar Al-Sharia, Fajr Libya, and the Benghazi Revolutionaries Shura Council (BRSC) as terrorist groups.

In mid-September 2014, the Madrid Conference was held to discuss the political crisis in Libya, with the participation of a number of active countries. On 11 October, the then Secretary-General of the United Nations, Ban Ki-moon participated in the second round of the Ghadames Dialogue.

On 15 February 2015, IS forces in Libya massacred 21 Coptic christian Egyptians in the city of Sirte. At dawn the next day, the Egyptian military responded by launching air strikes on IS-controlled areas in Sirte and Derna. The Libyan Parliament then announced the appointment of Field Marshal Khalifa Haftar as Commander-in-Chief of the armed forces, and promoted him to the rank of Lieutenant-General on 2 March 2015.

At the end of 2015, the Skhirat Agreement was signed, under the auspices of the United Nations to form the Government of National Accord (GNA) on 17 December. Despite the failure of the government to obtain confidence by the Libyan Parliament, the GNA’s Prime Minister, Fayez Al-Sarraj arrived in Tripoli in March, surreptitiously, on board an Italian ship, after militias prevented him from travelling through Mitiga Airport.

On 2 May 2017, Abu Dhabi hosted meetings between the rival Libyan parties to resolve the crisis. Two weeks later, armed groups affiliated with the GNA attacked a southern military base, killing more than 150 soldiers in the ‘Brak Al-Shati massacre’. On 20 June, the Security Council approved the appointment of Ghassan Salame as the UN Special Envoy to Libya.

A series of important meetings to resolve the crisis were held in 2018, including the Paris International Conference on Libya, and the Palermo Conference, but to no avail. Khalifa Haftar’s Libyan National Army (LNA) launched an attack in April 2019, in an attempt to capture Tripoli.

On 27 November 2019, the GNA and Turkey signed two MoUs, one on defence and another of maritime borders. Al-Sarraj requested military support from Turkey, which began the first official military landing of soldiers and mercenaries in early 2020. This came after the Turkish Parliament approved the request to send troops to Libya. The Libyan Parliament announced its rejection of the agreements.

On 19 January 2020, the Berlin Conference was held to resolve the Libyan crisis with the participation of countries involved in the conflict. Several days later, a Turkish frigate was spotted escorting a shipment of armoured vehicles and military equipment to Tripoli. French President, Emmanuel Macron accused his Turkish counterpart, Recep Tayyip Erdogan of sending mercenaries to Libya.

In February 2020, Libya’s 5+5 Joint Military Commission (JMC) held talks in Geneva under the auspices of the United Nations. UN envoy Salame announced his resignation a month later.
In April 2020, the European Union announced the start of Operation IRINI to implement the UN arms embargo on Libya.

After suffering heavy defeats, the LNA was pushed back to the city of Sirte. On 20 June 2020, Egyptian President Abdel-Fatah El-Sisi announced that Sirte and Al-Jufrah were red lines, and threatened to intervene militarily if they were crossed.

In December 2020, the United Nations elected a 75 member committee, the Libyan Political Dialogue Forum (LPDF). This was tasked with choosing a new interim government, which would lead the country to elections at the end of 2021.

On 5 February 2021, the LPDF announced the election of Mohamed Al-Mnifi to head the Presidential Council, and Abdel-Hamid Dbaiba was elected as Prime Minister of the Government of National Unity (GNU). On 10 March, the Libyan Parliament announced that it had granted confidence to the Dbaiba government.

On 7 November, the candidacy for the 24 December Presidential elections was opened. A number of prominent candidates, most notably Saif Al-Islam Gaddafi, and Dbaiba both announced their candidacy.

Preparations for the elections faltered due to the controversy surrounding the candidates, and on 22 December, the elections were postponed indefinitely.

On 10 February 2022, the Libyan Parliament announced the appointment of Fathi Bashagha as the new Prime Minister, to succeed Dbaiba.