UN Calls for Stability in Libya 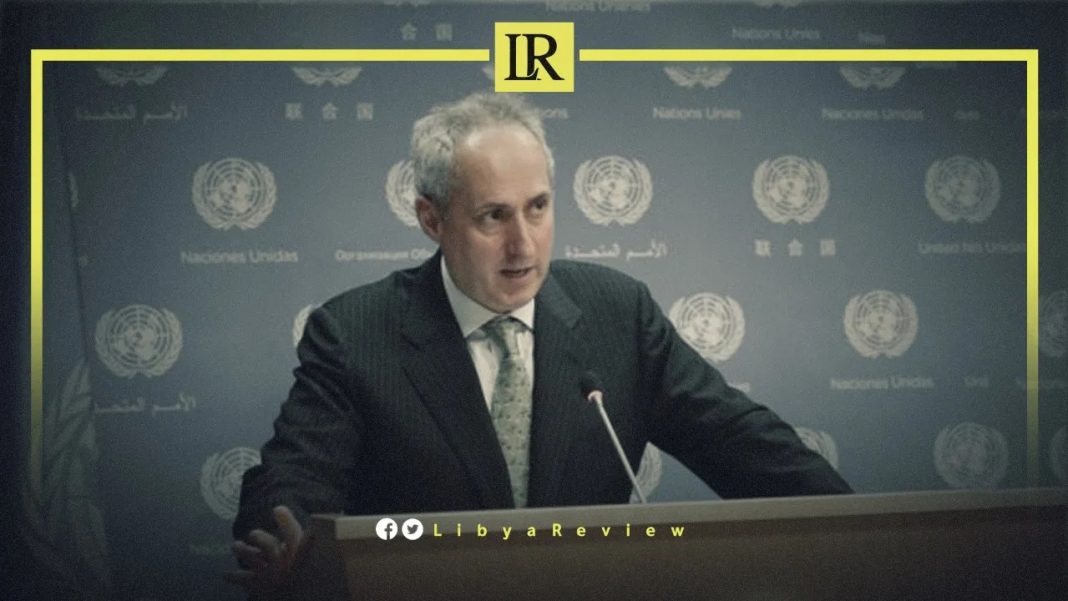 Spokesman for the Secretary-General of the United Nations (UN), Stephane Dujarric called on all Libyan actors to “avoid any incitement to violence, hate speech, and disinformation.”

Dujarric said in a press conference that the UN is closely monitoring the developments in Libya, as they unfold. “We stress the need to ensure that processes and decisions are transparent, and adhere to established rules and agreements,” he said.

“We, once again reiterate the importance of maintaining calm and stability, which has been achieved really since the signing of the Libyan ceasefire agreement in October 2020,” the UN official noted.

“I think, as we’ve said in the past, it’s had a positive impact on the humanitarian situation. In this regard, we call on all actors to avoid any incitement to violence, hate speech, and disinformation,” Dujarric added.

He indicated that all members of the United Nations Support Mission in Libya (UNSMIL) remain in contact with all parties. As well as adding that “Stephanie Williams regularly engages with everyone that matters on the political end, and also with civil society players.”

In a statement, the PM announced that his government would continue its initiative to hold elections in June. This would be for a new legislative and executive authority, “according to the legal timeframe guaranteed by the Geneva Agreement.”

According to the statement, all those measures were made in violation of the Libyan Political Agreement (LPA), which specified the procedures of constitutional amendments, and the formation of an executive authority. It claimed that this new step “would take Libya back to partition and division.”
Earlier today, the Parliament gave confidence to the new government, as 92 of the 101 lawmakers in attendance approved the decision, in a live broadcast from the city of Tobruk.