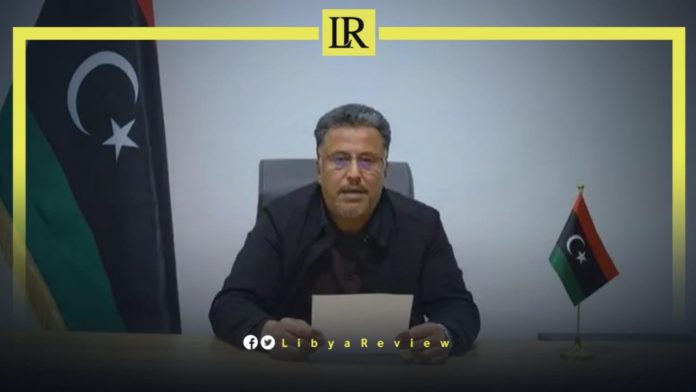 On Thursday, a minister in Libya’s new government announced his resignation. He alleged that the voting in of the cabinet was unfair, and failed to include all Libyan factions, according to the Associated Press (AP).

In a video posted on social media, Gamal Salem Shaaban who had been appointed as Minister of Economy and Trade, said that “the session lacked transparency and integrity and did not meet procedural standards. There is no honour in being part of a cabinet that will bring about war and destruction.”

His resignation came on the heels of a UN statement voicing concerns over reports that the voting on the new government was fraught with irregularities. There are also fears that the appointment will again lead to parallel administrations, and fuel tensions in a country mired in conflict for the past decade.

On Tuesday, Prime Minister-designate Fathi Bashagha submitted his Cabinet list to the Libyan Parliament. 92 of the 101 lawmakers in attendance approved the decision, in a live broadcast from the city of Tobruk.

Bashagha’s own appointment last month deepened divisions among Libyan factions, and raised fears that fighting could return after more than a year and a half of relative calm.

His cabinet, which includes three deputy prime ministers, 29 ministers, and six ministers of state, was expected to be sworn in on Thursday. His media office claimed two newly appointed ministers — for Foreign Affairs and Culture — were abducted on their way to the swearing-in ceremony.

Dbaiba has repeatedly said his administration will only hand over power to an elected government. He has proposed a four-point plan to hold simultaneous Parliamentary elections, and a referendum on constitutional amendments in June. That would be followed by Presidential elections, after the new Parliament issues a permanent constitution.

Libya has been unable to hold elections since its disputed legislative vote in 2014. This caused the country to split between rival administrations, on either side of the country. Each side has been backed by armed militias, and foreign governments.