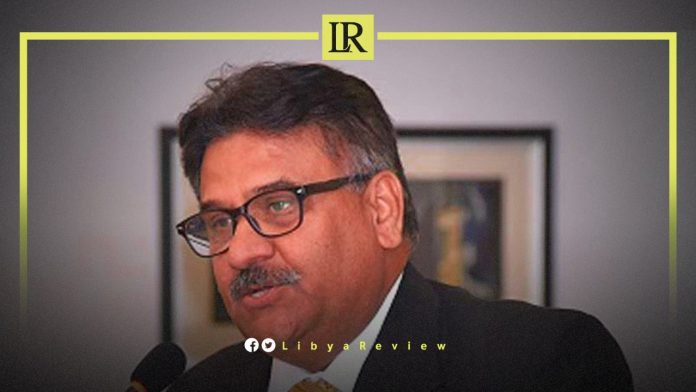 The former India Ambassador to Libya, Anil Trigunayat, said that his country did not support the military intervention in Libya by NATO in 2011. Trigunayat was the Indian Ambassador to Libya during the period following the overthrow of the late Colonel Moammar Gaddafi’s regime.

This statement was made in an interview with the Modern Diplomacy website. The india ambassador confirmed that his work in the country after the events of 2011 represented the most challenging position he faced in his professional life so far.

He added that his country’s political choices, which did not support the military intervention in Libya by NATO, made him a target for the anger of the countries of this alliance and the opponents of Colonel Gaddafi as well as the media affiliated with both sides.

During the interview, the former India Ambassador to Libya said that his job was to address these challenges and evacuate Indians from Libya.

Notably, in the past Gaddafi paid special attention to the crisis between Russia and Ukraine, as evident in press statements dated 14 August 2009. He warned that NATO’s expansion plans to the East would pose a direct threat to Russia’s interests and security.

“NATO is trying today to drag the former Soviet republics under its control, this can only be described as a real threat to Russia,” he said.

Gaddafi also expressed his concern over the strained relationship between Russia and Ukraine, he said that, “during my visit to Ukraine, I was convinced that there are serious problems between the two countries. One of these problems is the Ukrainian leadership’s attempts to join NATO.”

He noted that Kyiv believed that membership of NATO would guarantee its security, a matter which cannot be accepted by Russia.

In an article published in April 2009, Gaddafi touched on Russia’s historical and contemporary situation, and what he described as the “western expansion” eastward, targeting Russia. He explained that this expansion began in the 19th century with French emperor Napoleon’s invasion, followed by Hitler’s attempt during World War II.

Gaddafi added that NATO’s expansion, and its attempt to welcome eastern European countries as members was a “dangerous provocation, and an attempt to encircle and subjugate Russia. This is a country that cannot be easily besieged and defeated, as proven throughout history.”

In this context, the late Libyan leader indicated that Russia has extensive military capabilities, including the nuclear triad; a three-pronged military force structure, long-range bombers, and nuclear submarines, which he believed made it difficult to be defeated.