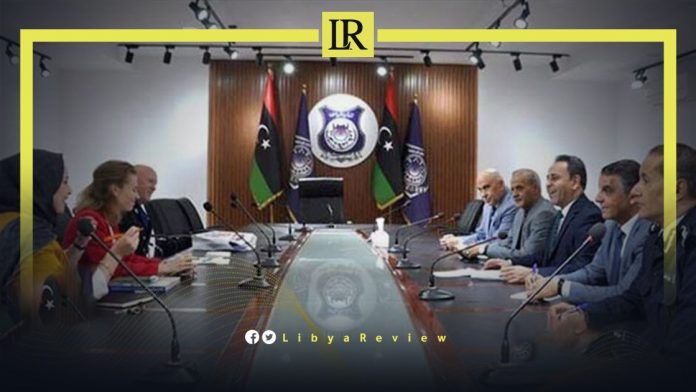 On Monday, Libya Interior Ministry officials met with a delegation from the Dutch Embassy. They discussed ways to enhance cooperation with the Netherlands in various security fields.

The meeting was held at the headquarters of the Relations and Cooperation Department of the Ministry of Interior.

After the fall of the leader Muammar Gaddafi, forgery of official documents and corruption spread in Libya. The outgoing Prime Minister of the Government of National Unity (GNU), Abdel-Hamid Dbaiba has reportedly forged his university degree.

Libyan human rights activist, Hussam Al-Qamati accused the PM of forging his university degree in order to run in the Presidential elections.

“He does not have a university degree. He graduated with a high school in applied engineering from Tripoli. After reviewing the attached certificate, we decided to verify its authenticity and contact the Canadian University of Regina, which denied that Dbaiba had studied there or obtained a university degree from it,” he tweeted.

Notably, the elections which were supposed to be held last year have been postponed indefinitely. This is due to disputes between the conflicting political parties.