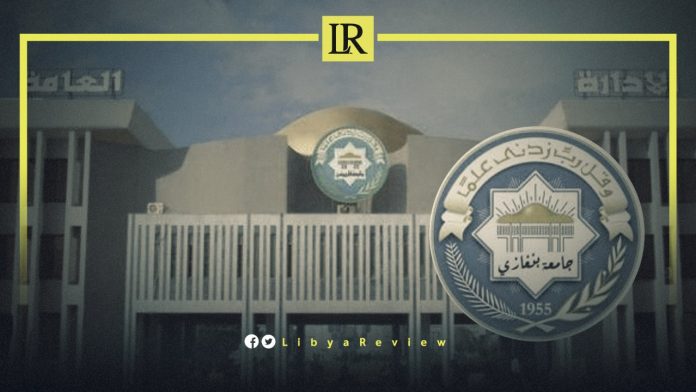 The University of Benghazi ranked first among Libyan universities, on the Spanish Webometrics Ranking of World Universities in January 2022.

The university was also placed 161st among Arab universities, 152nd in Africa, and 3,716th in the global rankings.

The University of Benghazi is a public university in Benghazi, Libya. It is one of the most important institutes of higher education in the country, and was founded in 1955 as the University of Libya.

Webometrics is a Spanish index that classifies universities based on technical and scientific studies. The ranking is carried out every six months in January and July, and evaluates the top universities in the world. Its ranking includes about 30,000 universities worldwide, only 5,011 of them appeared in the ranking of scientific citations.

In order to put these criteria in the form of variables whose indicators can be measured, the classification has set weights for its main tools in evaluating universities. Many international universities praise this evaluation, which has become a measure to develop their performance and reach greater global prominence.