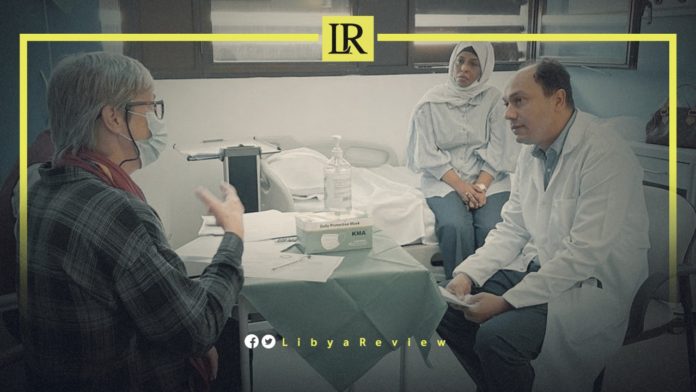 Professors from Britain visited the University of Benghazi (UoB) at the initiative of the World Health Organization (WHO) to take the final clinical part exams, which starts on Saturday and lasts for four days.

Zahia Elghazal, the Head of Department of Obstetrics and Gynecology at Faculty of Medicine, of the UoB said that the visiting professors will give scientific lectures to graduate students. She added that this visit will open the field for exchange of experiences between universities. She noted that this visit will improve the quality of academic and clinical performance for graduate students.

In June, 123 students from the cities of Tripoli, Benghazi, Tobruk, Ajdabiya, Al-Marj, Al-Bayda and Derna applied for the first part exams as part of the requirements for a doctorate degree in the Department of Obstetrics and Gynecology.

UoB was ranked as the top Libyan university in the QS rankings of 2022.

Dr. Al-Darsi, received an invitation to participate in the Quacquarelli Symonds (QS) classification ceremony, between the 13th and 14th of October at Zayed University in Dubai, United Arab Emirates (UAE). This is issued by the British company QS, which originally published its rankings through the publications of Times Higher Education from 2004 to 2009 under the name ‘The World University Rankings by The Times Higher Education and QS.’