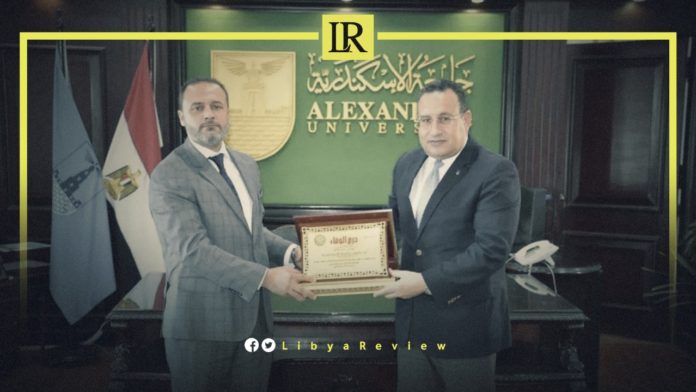 President of the University of Benghazi (UoB), Dr. Ezzeldin Al-Darsi, met with the President of Alexandria University, Abdel-Aziz Konsowa where they agreed to prepare a memorandum of understanding between the two universities. This is in order to open up prospects for joint cooperation with regard to postgraduate and doctoral studies.

During the meeting, solutions to a number of issues were proposed through the available capabilities of the UoA. Foremost of which was the joint scientific research between the two universities. The agreement will also enable UoB students to study at UoA for one semester. Additionally, faculty members will exchange experiences to benefit from supervising theses.

UoB was ranked as the top Libyan university in the QS rankings of 2022.

Dr. Al-Darsi, received an invitation to participate in the QS classification ceremony, between 13-14 October at Zayed University in Dubai, UAE. This is issued by the British company Quacquarelli Symonds, which originally published its rankings through the publications of Times Higher Education from 2004 to 2009 under the name ‘The World University Rankings by The Times Higher Education and Quacquarelli Symonds.’