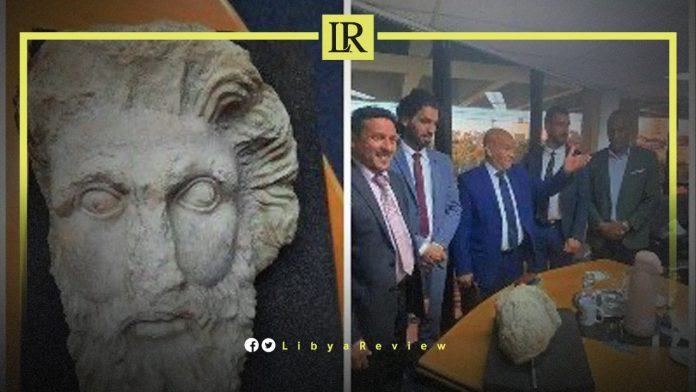 Libya authorities are seeking to restore a bust that was smuggled to Brazil, according to the country’s Interior Ministry.

The ministry announced that a Libya delegation visited Brazil, as part of a mission to uncover an ancient statue that had been smuggled to the country, and prove Libya’s ownership.

The delegation met with the judge in charge of the case. They requested soil samples, taken from the statue’s head be analysed. “The judge agreed to grant the delegation the required time until the procedures are completed,” the statement said.

The media office indicated that the Libya Embassy in Brazil played a major role in the coordination between the Libyan delegation and the Brazilian authorities in this regard.

The delegation also met with members of the Brazilian Federal Police, to allow experts to carry out a preliminary examination of the bust.

The oil-rich country fell into chaos after the collapse of Muammar Gaddafi’s regime in 2011. Smuggling of weapons, drugs, and antiquities has spread widely, given the country’s fragile security situation.

The Libyan state is making great efforts to restore its looted antiquities in several Western and Latin countries.

In January, the Libya Embassy in Washington confirmed that it had recovered a marble funerary statue, after it was looted from the ancient city of Shahat several years ago.

In press statements, the Embassy indicated that the Antiquities Anti-Trafficking Office in New York informed them that federal investigations over the looted statue have ended.

It pointed out that the investigations lasted nearly three years. As well as noting that it had made extensive contacts with the US State Department during this period, to secure the statue’s release.