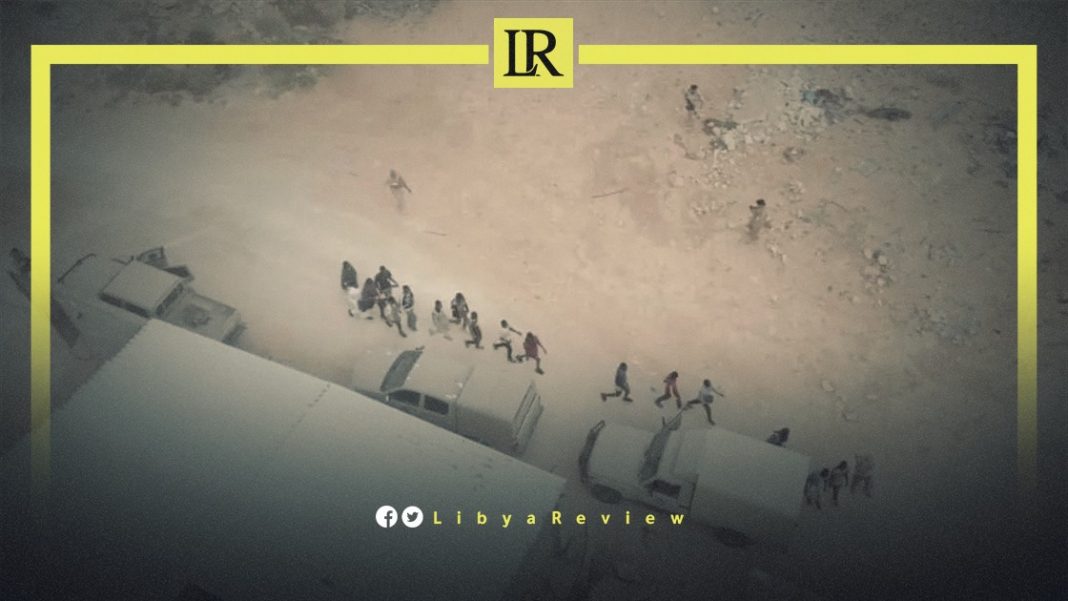 The Libyan elite army unit, known as Brigade 444, said that it managed to free 18 migrants in the city of Bani Walid.

According to the statement, in the early hours of Thursday, the Libyan special forces stormed 4 locations where armed gangs were present. These gangs were involved in kidnapping, fuel smuggling and human smuggling.

“A number of 18 foreign nationals who were kidnapped earlier, were released and were found in cells,” the 444th Brigade said in a statement.

The statement confirmed that the kidnapped people had been subjected to torture.

The Libyan security forces indicated that the gang had demanded the families of the kidnapped pay a ransom in exchange for their release.

Four wanted criminals were arrested in these locations, and a fuel tank intended for smuggling 40,000 liters of fuel was confiscated.

The phenomenon of disappearances, rape, kidnappings and the killing of citizens has spread across Libya. The Libyan state ranked 20th among the insecure countries, according to the Numbeo Crime Index, as the war-torn country received 62.00 in the Crime Index. This is a high rating.

The capital, Tripoli, ranked 50th in the world, in the Crime Index classification for cities, and the second in the Arab world, as the Syrian city of Damascus came first.

The city of Tripoli got 64.27 degrees on the Crime Index, as the classification considers Tripoli one of the cities with a high crime level.

The Crime Prevalence Index aims to assess the general level of crime in 135 countries around the world. The Crime Index is based on several criteria, such as murder, robbery, and rape.

Notably, Amnesty International recently urged the European Union (EU) to reverse its migration policy on Libya. It described the approach as helping return migrants to “hellish” conditions in the North African country.

In a statement, the International Organisation of Migration (IOM) said that more than 82,000 migrants were intercepted and returned to Libya. This has been happening for the past five years, since the EU began its cooperation with Libyan authorities to block migrants from reaching European shores, according to the Agence France-Presse (AFP).

In 2021, a total of 32,425 migrants were rescued and returned to Libya, while 662 died and 891 others went missing off the Libyan coast on the central Mediterranean route, the IOM said.