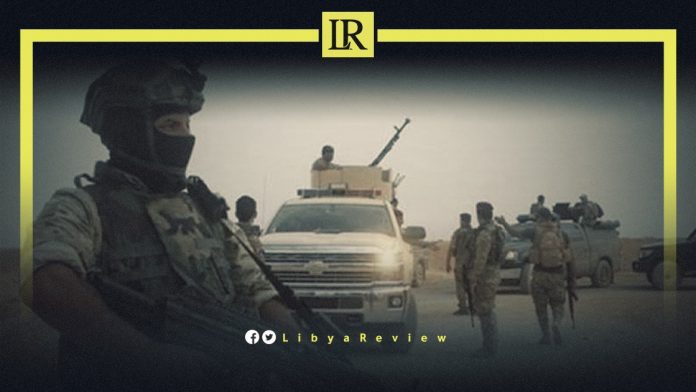 On Monday, the Libyan National Army (LNA) announced that they destroyed a number of military vehicles, and arrested an IS terrorist commander in a military operation in the southern town of Qatrun.

Notably, the Supreme Political Council of Tebu Tribes affirmed their support for the Libyan state and its national institutions, led by the LNA and security services.

This comes against the backdrop of the ongoing military operation carried out by LNA forces in the southern region.

They also affirmed their categorical rejection of any attempts to involve the tribe “in schemes to spread chaos and strife among the Libyan people.”

A political crisis in the wake of Muammar Gaddafi’s overthrow saw the oil-rich country split between rival authorities in the east and west, and the disintegration of security apparatuses. This created fertile ground for jihadist groups like IS to take root.