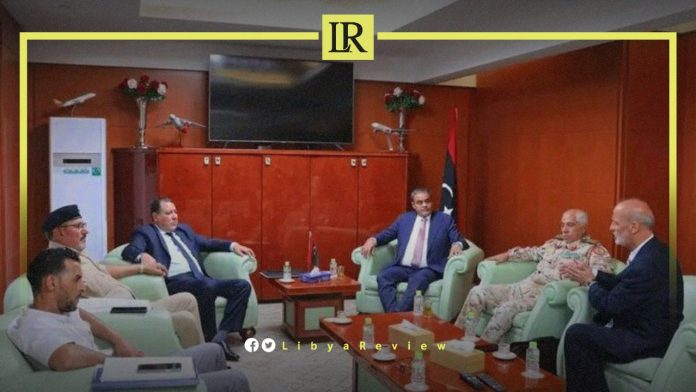 The Libya Minister of Transportation, Mohamed Al-Shoubi issued instructions to study the technical and security conditions necessary to open the Al-Sarah, and Al-Owainat border crossings.

This came in a meeting with a special committee concerned with the issue. He discussed preparing a proposal to determine the current situation, placing an identification card for each Libya port separately, providing the necessary information, and preparing them for reopening.

The meeting also, “discussed ways to develop plans, and studying everything related to the concerned outlets.”

Notably, the Libya Director of the Ras Ajdir border crossing, Salem Al-Akaak said last month that there was severe congestion at the crossing. He added that about 6,500 passengers cross daily, and the number is greater than the available capacity.

Al-Akaak added that the Administrative Centers Development Authority has started building four additional gates. It will take about 40 days to implement, and there are no obstacles with the Tunisian side. ‎

In July, Al-Akaak pointed out that engineers confirmed that they would complete the design of the structural plans for the new gates, within two weeks.

In June, the Stabilization Support Apparatus (SSA), affiliated with the Government of National Unity (GNU), announced the closure of the country’s western coast, starting from the capital, Tripoli to the Tunisian border.