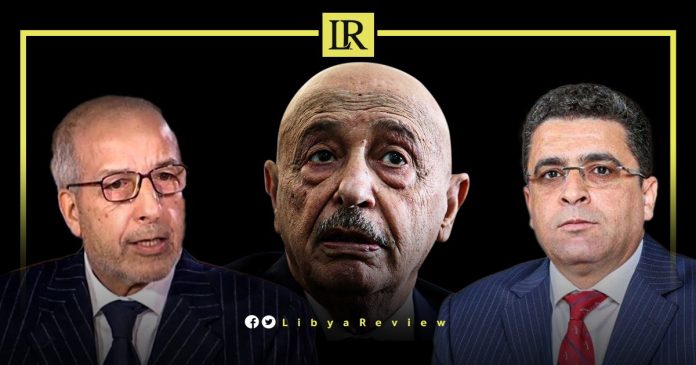 On Thursday, the Speaker of the Libyan Parliament, Ageela Saleh said that the Governor of the Central Bank of Libya (CBL), Al-Siddiq Al-Kabir and the Heads of the Audit Bureau and the Administrative Control Authority “have lost their legal status and are no longer affiliated with the Parliament.”

Addressing a session held in Benghazi today, Saleh confirmed that “these institutions have failed to abide by the Parliament’s resolutions, and continue to receive orders from the outgoing Government of National Unity (GNU) led by Abdel-Hamid Dbaiba.”

The Speaker called on the High Council of State (HCS) to “respond to the Parliament regarding these positions, and charge them with neglecting the duties assigned to them.”

Libya is politically torn between Fathi Bashagha, who was elected by the Libyan Parliament to lead the country in February, and Dbaiba, who refuses to relinquish power.